CBSE Class 12 Physics Refraction at Curved Surface Theory and Examples. Please refer to the examination notes which you can use for preparing and revising for exams. These notes will help you to revise the concepts quickly and get good marks. 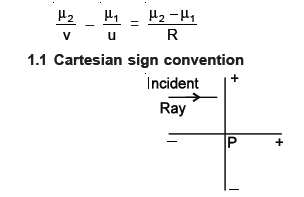 DERIVATION
Suppose AB is the spherical surface which saparates the two medium of refractive index μ1 and μ2 .O and Ι is the position of object and image in medium of R.Ι. μ1 and μ2 repectively 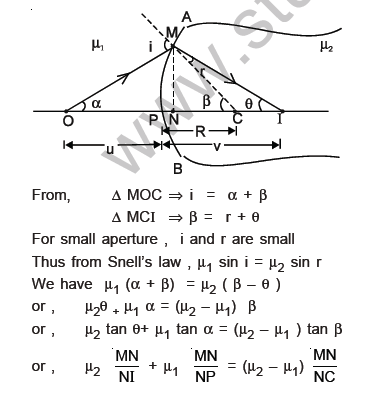 
(A) centre of curvature (C) It is the centre of sphere of which the surface is a part.
(B) Radius of curvature (R) It is the radius of the sphere of which the surface is a part.
(C) Pole (P) It is the geometrical centre of the spherical refracting surface .
(D) Principal Axis It is the straight line joining the centre of curvature to the pole.
(E) Focus (F) When a narrow beam of rays of light, parallel to the principal axis and close to it (known as paraxial rays) is incident on a refracting spherical boundary , the refracted beam is found to converge or appear to diverge [depending upon the nature of the boundary (concave/canvex) and the refractive index of two media] from a point on the principal axis .This point is called focus.

Note :
(1) It is not always necessary that for convex boundary the parallel rays always converge. Similarly for concave boundary the incident parallel ray may converge or diverge depending upon the refractive index of two media,
(2) Laws of refraction are valid for spherical surface .
(3) Pole, centre of curvature, Radius of curvature, Principal axis etc. are defined as spherical mirror except for the focus. 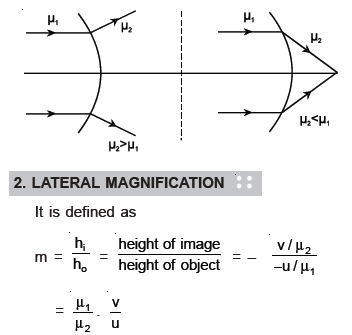 Laws of refraction at curved surface

Ex.1 A small point object is placed at O, at a distance of 0.60 metre in air from a convex spherical surface of refractive index 1.5. If the radius of the curvature is 25 cm, then what is the position of the image on the principal axis ? 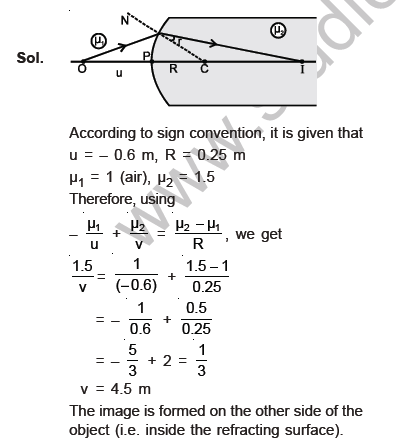 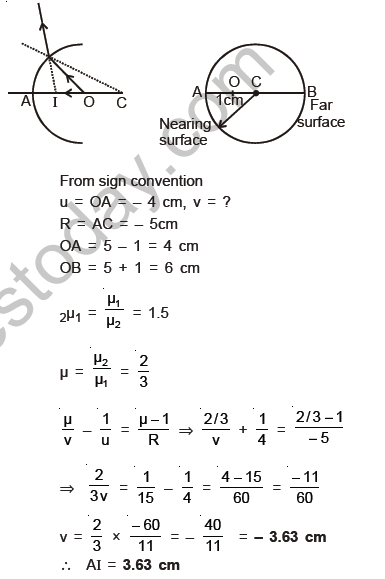 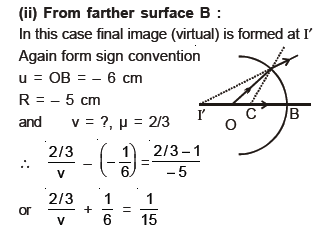 Please click on below link to download pdf file for CBSE Class 12 Physics Refraction at Curved Surface Theory and Examples.

CBSE and Fit India Mission have collaborated to provide live sessions by experts covering a range of topics for holistic well-being of school going children, which will include simple actionable tips around Basic Exercises, Nutrition, Yoga & Meditation, boosting...