Download PDF
Section A
Question 1. The chemical reactions in which one element takes the position or place of another element present in a compound are called _____ reaction.
(a) Decomposition
(b) Combination
(c) Precipitation
(d) Displacement
Answer :  D
Question 2. A solution in test tube ‘A’ turns red litmus blue, evolves hydrogen gas on reaction with zinc and does not react with sodium carbonate. Whereas, solution in test tube ‘B’ turns blue litmus red, liberates hydrogen gas on reaction with zinc and evolves carbon dioxide gas with sodium carbonate. Identify ‘A’ and ‘B’.
(a) ‘A’ is an acid, ‘B’ is a base.
(b) ‘A’ is a base, ‘B’ is an acid.
(c) Both ‘A’ and ‘B’ are bases.
(d) Both ‘A’ and ‘B’ are acids.
Answer :  B
Question 3. A non-metal X exists in two different forms Y and Z . Y is the hardest natural substance, whereas Z is a good conductor of electricity. Here X, Y and Z are

Answer :  D
Question 9. An acid produces .......... ions in water.
(a) Hydrogen (b) Helium
(c) OH− (d) None of these
Answer :  A
Question 10. When the gases sulphur dioxide and hydrogen sulphide mix in the presence of water, the reaction is
SO2 + 2H2S →2H2O + 3S
Here hydrogen sulphide is acting as:
(a) an oxidising agent (b) a reducing agent
(c) a dehydrating agent (d) a catalyst
Answer :  B
Question 11. Which of the following statements is true about Trachea in a respiratory system?
(a) It functions as passages of air to each alveolus
(b) It functions for sound production
(c) It Acts as passage of air to bronchi
(d) It Lowers the surface tension
Answer :  C
Question 12. The function of sphincter muscle is to
(a) Regulate digestive process
(b) Improves digestion
(c) Release digestive juices
(d) Regulate exit of food
Answer : D
Question 13. Autotrophic organism converts of carbon dioxide and water into carbohydrates in the presence of
(a) Sunlight and carbon dioxide
(b) Sunlight and chlorophyll
(c) Carbon dioxide and Nitrogen
(d) Chlorophyll and carbon dioxide
Answer :  B
Question 14. Each kidney has large numbers of filtration units which is called ___
(a) Nephrons (b) Glomerulus
(c) Renal vein (d) None of the above
Answer :  A
Question 15. The effect of root pressure in transport of water is more important at
(a) day time (b) night time
(c) both (a) and (b) (d) none of these
Answer :  B
Question 16. The biological process involved in the removal of these harmful metabolic wastes from the body is called
(a) Photosynthesis (b) Respiration
(c) Excretion (d) Translocation
Answer :  C
Question 17. A ray of light is refracted as per the following diagram.
Which of the following medium is optically denser? 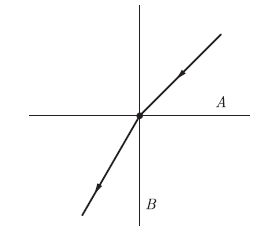 Which of the following gas has a smell of burning sulphur?
(a) Sulphur oxide
(b) Sulphur dioxide
(c) Sulphur chloride
(d) None of these
Answer :  B
Question 37. The only reptile having 4 chambered heart is:
(a) Snake (b) Turtle
(c) Lizard (d) Crocodile
Answer :  D
Question 38. The excretory system of human beings includes?
(a) A pair of kidneys
(b) A pair of ureters
(c) A urinary bladder and a urethra
(d) All of the above
Answer :  D
Question 39. Convergence of concave mirror can be decreased by dipping in
(a) Water (b) Oil
(c) Both (d) None of these
Answer :  D
Question 40. Which of the following ray diagrams is correct for the ray of light incident on a concave mirror as shown in Figure? 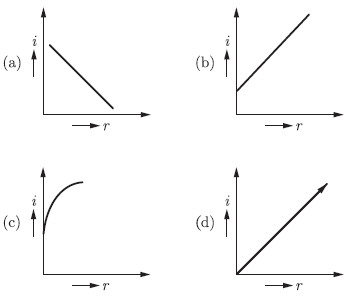 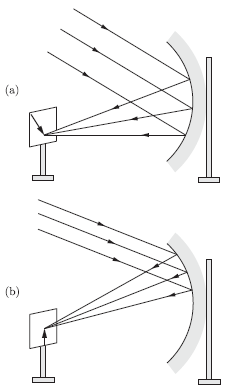 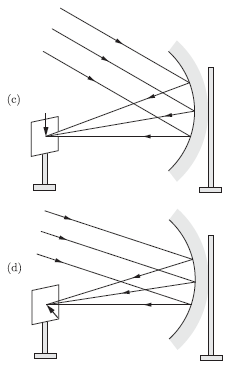 Answer :  C
Question 48. Silver articles become black on prolonged exposure to air. This is due to the formation of
(a) Ag3N (b) Ag2O
(c) Ag2S (d) Ag2S and Ag3N
Answer :  C
Section C
Case Based Questions: (49-52)
A student takes the there solutions P,Q and R and make the reaction of all these solution with phenolphthalein indicator and methyl orange indicator. He get the following result:

Question 49. The acidic solution is
(a) P (b) Q
(c) R (d) None of these
Answer :  C
Question 50. The increasing of pH of solution P, Q and R is
(a) P <Q < R
(b) R < P < Q
(c) R < Q < P
(d) Q < R < P
Answer :  A
Question 51. Solutions P and Q could be
(a) HCl and NaOH
(b) NaOH and NaCl
(c) CH3COOH and CH3COONa
(d) HCl and Na2CO3
Answer :  B
Question 52. When solution P added to the China rose indicator, the colour of the solution P changes to
(a) Green (b) Dark red
(c) Pink (d) Colourless
Answer :  A
Case Based Questions: (53-56)
The organs of our excretory system help in releasing waste from our body. If these wastes are not removed, we may fall sick. Hence, wastes built up from cell activities and digestion need to be removed. The excretory system of humans consists of a pair of kidneys, pair of ureter, a urinary bladder and urethra.
Kidneys are located in abdomen, one on other side of the backbone. Urine produced in kidneys passes through the ureter into the urinary bladder where it gets stored for sometime and then is released through urethra.
Each kidney is made up of one million nephrons and each nephron consists of a cup-shaped upper end called Bowman’s capsule containing a bunch of capillaries called glomerulus.
The Bowman’s capsule leads to proximal convoluted tubule, loop of Henle and distal convoluted tubule which joins the collecting duct.
Question 53. Which among the following is the least toxic form of excretory product?
(a) Urea (b) Uric acid
(c) Ammonia (d) CO2
Answer :  B
Question 54. An outline of principal events of urination is given below in a random manner.
I. Stretch receptors on the wall of the urinary bladder send signals to CNS.
II. Bladder fills with urine and become distended.
III. Micturition.
IV. CNS passes on motor messages to initiate contraction of smooth muscle of bladder and simultaneous relaxation of urethral sphincter.
The correct sequence of events is
(a) I →II → III →IV
(b) IV → III → II →I
(c) II → I → IV → III
(d) III → II → I → IV
Answer :  C
Question 55. A person with no/less food and beverage intake, will have .......... in urine.
(a) little glucose (b) less urea
(c) excess urea (d) little fat
Answer : B
Question 56. Glomerular filtrate is first collected by
(a) distal convoluted tubule
(b) proximal convoluted tubule
(c) Bowman’s capsule
(d) Loop of Henle
Answer :  C
Case Based Questions: (57-60)
The hotter air is lighter (less dense) than the cooler air above it and has a refractive index slightly less than that of the cooler air. Since the physical condition of the refracting medium (air) are not stationary, therefore, the light goes from rarer medium to denser medium in atmosphere. This phenomenon is called atmospheric refraction.
The twinkling of stars and advanced sunrise and delayed sunset are common examples of atmospheric refraction.
Question 57. Stars appear to twinkle because of
(a) movement of air
(b) atmospheric refraction
(c) both (a) and (b)
(d) none of these
Answer :  B
Question 58. Which of the following is not caused because of atmospheric refraction?
(a) Apparent image of Sun is formed closer to the Earth.
(b) Dawn or dusk are formed
(c) Sun can be seen 2 minutes before actual sunrise and 2 minutes after actual sunset.
(d) Clouds look white
Answer :  D
Question 59. During sunset or sunrise the Sun appears reddish because
(a) due to longer passage in atmosphere, even red light in the sunlight scatters
(b) Sun produces red light at this time
(c) at this time Sun is not very hot
(d) none of these
Answer :  A
Question 60. When sunlight enters the atmosphere the colours which scatter first are
(a) only red
(b) red, orange and yellow
(c) blue and green
(d) violet, indigo and blue
Answer :  D

Download Printable Worksheets, test papers for Class 10 Science with questions answers for all topics and chapters as per CBSE, NCERT, KVS sylabus
More..