Class 12 Biology students should refer to the following concepts and notes for Evolution Study Guide in standard 12. These exam notes for Grade 12 Biology will be very useful for upcoming class tests and examinations and help you to score good marks 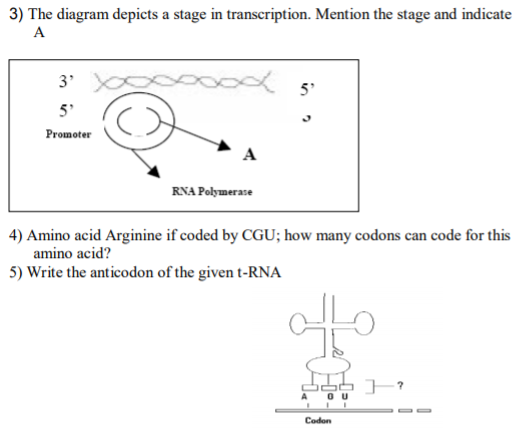 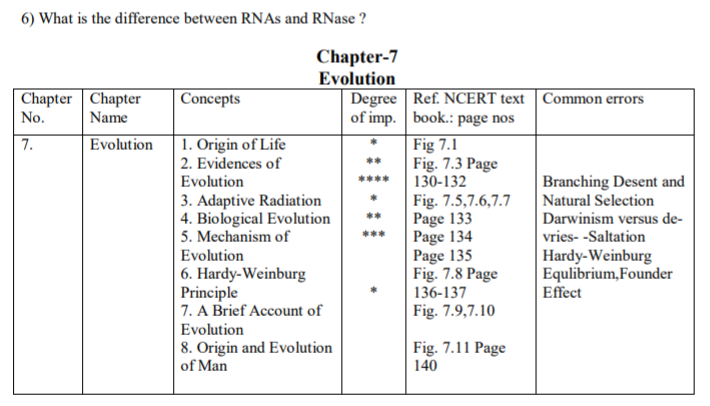 ABIOGENSIS :- The origin of life from non – living.

ADAPTIVE RADIATION :- An evolutionary process in which a common stock / ancestor gives rise to new species that are adapted to new habitats and ways of life.

ANALOGOUS ORGANS :- Organs which are similar in appearance and perform similar functions but they are quite different in their origin and development.

ARTIFICIAL SELECTION :- The process carried out by a select better breed of plants and animals, which are advantageous to human beings.

BIOGEOGRAPHICAL REALMS :- Six major land masses on earth which are characterized by their own quota of life called flora and fauna.

BIOGEOGRAPHY :- Study of patterns of distribution of plants and animals in different parts of the earth.

CONVERGENT EVOLUTION :- Independent development of similar forms and features by unrelated organisms usually as an adaptation to a similar environment.

DIVERGENT EVOLUTION :- Origin of a variety of species from a common ancestral form.

FOSSILS :- The remains and / or impressions of organisms that lived in the remote part.

GENE POOL :- The sum total of different kinds of genes (alleles) polled by all the members of a population, is called gene pool.

NATURAL SELECTION :- The process occurring in nature that acts over a number of generations and slowly increases the proportion of those individuals which are well adapted to the environment due to their heritable characteristics.

ONTOGENY :- The stages of embryonic development of the organism.

ORIGIN OF LIFE :- The appearance of life for the first time on the earth is called origin of life.

PALAEOBOTANY :- The study of fossil plants.

PALAEOZOOLOGY :- The study of fossil animals.

PHYLOGENY :- The evolutionary history of the organism.

VESTIGIAL ORGANS :- Organs that have no apparent function supposed to be remnants of organs once functional in the ancestors. 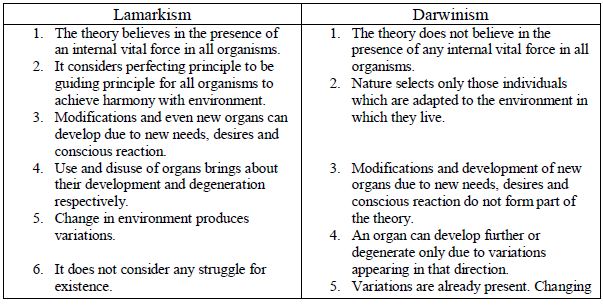 Assignment Questions
LEVEL 1
1. What is ‗fitness‘ according to Darwin?
2. What is evolution according to Hardy-Weinberg?
3. What is common among the Australian marsupials like Koala, wombat, sugar glider etc.?
4. Can we call the human evolution as an example of adaptive radiation?
5. Why did the animals resembling horse, rabbit etc. of South America disappear, but the pouched mammals of Australia survived and flourished after continental drift.
6. Each of the placental mammals living in Australia resembles a similar marsupial. What is it due to?
Give two examples of each
7. Name and explain the common evolutionary phenomenon shown by Australian marsupials and Darwin‘s finches

LEVEL 2
1. How does biochemistry provide evidence for organic evolution?
2. Give an example of evolution by anthropogenic activities?
3. Mention the two key concepts of Darwinism.
4. What is saltation
5. Name the group of extinct reptiles that was the ancestor of the present day reptiles and birds? Name the period of the geological time scale in which it lived?