Class 12 Biology students should refer to the following concepts and notes for Microbes In Human Welfare in standard 12. These exam notes for Grade 12 Biology will be very useful for upcoming class tests and examinations and help you to score good marks 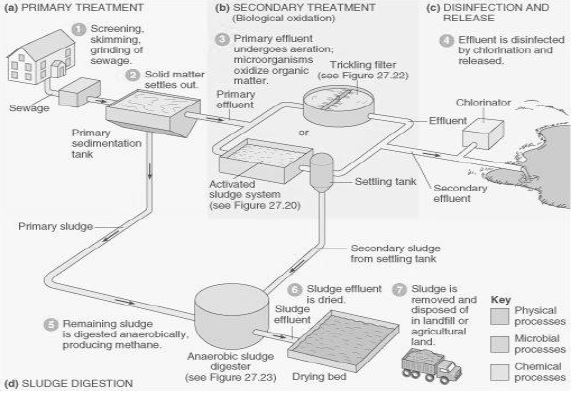 Cynobacteria– autotrophic – fix atmospheric nitrogen Imp.biofertilizer.
e.g. Anabaena, Nostoc, Oscillatoria.
Blue green algae – increase fertility by adding organic matter.
No. of biofertilizers are commercially available.
For production of biodegradable plastics:
biodegradable plastic, e.g. polyhydroxybutyrate (PHB) is being produced commercially by fermentation with the bacterium Alcaligenes eutrophus.
Production of PHB may be easily achieved in tree plants like populous, where PHB can be extracted from leaves.
Other main drawback of bacterial PHB is its high production cost, making it substantially very expensive than synthetic plastics.

As edible vaccines:
The genes encoding the antigenic proteins of virus and bacteria can be isolated from the pathogens and expressed in plants.
Such transgenic plants or their tissues producing antigens can be eaten for vaccination/immunization (edible vaccines).
The expression of such antigenic proteins in crops like banana and tomato are useful for immunization of humans since banana and tomato fruits can be eaten raw. Example: cholera and hepatitis B vaccine.
Process of sewage treatment in STP
a)Primary treatment(physical )
b)Secondary treatment(biological)
Effluent loaded in large aeration tank, Agitation & rapid growth of aerobic microbes (flocs) ,Consumes organic matter ,reduces BOD, Effluent passed to settling tank, Floc sediments form – activated sludge(A.S.),Poured into sludge digester(small amount of A.S. used as inoculum) Filtration & sedimentation.

Question. Write the most important characteristic that Aspergillus niger, Clostridium butylicum, and Lactobacillus share.
Answer : Their common characteristic is that they produce organic acids as part of their metabolism and are therefore, used for commercial and industrial production of the same. (i) Aspergillus niger (a fungus) for citric acid. (ii) Clostridium butylicum (a bacterium) for butyric acid. (iii) Lactobacillus (a bacterium) for lactic acid.

Question. What for nucleopolyhedro viruses are being used now a-days?
Answer : Several methods of biological control are being used in the pest management to keep the pollution-free environment and yield clean, non-toxic and good quality products for human consumption. Baculoviruses are a group of viruses used as biological control agents that occur naturally and are specific to some insects. Most of the baculoviruses belong to the genus Nucleopolyhedro virus. These viruses are excellent candidates for species-specific, narrow spectrum insecticidal applications. They have been shown to have no negative impacts on plants, mammals, birds fish or even on non-target insects. This is especially desirable when beneficial insects are being conserved to aid in an overall Integrated Pest Management (IPM) Programme or when an ecologically sensitive area is being treated.

Question. How has the discovery of antibiotics helped mankind in the field of medicine?
Answer : Antibiotics produced by microbes are regarded as one of the most significant discoveries of the twentieth century and have greatly contributed towards the welfare of the human society. Anti is a Gk. word that means ‘against’ and bio means ‘life’, together they mean ‘against life’ (in the context of disease causing organisms); whereas with reference to human beings, they are ‘pro life’ and not against. Antibiotics are chemical substances, which are produced by some microbes and can kill or retard the growth of other (disease-causing) microbes. Antibiotics have greatly improved our capacity to treat deadly diseases such as plague, whooping cough (Kali khansi), diphtheria (Gal ghotu) and leprosy (Kusht rog), which had killed millions all over the globe. Today, we can not imagine a world without antibiotics.

Question. Why does ‘Swiss cheese’ have big holes?
Answer : The large holes in ‘Swiss cheese’ are due to production of a large amount of CO2 by a bacterium named Propionibacterium sharmanii.

Question. Why are cyanobacteria considered useful in paddy fields?
Answer : Cyanobacteria like Anabaena, Nostoc, Oscillatoria serve as an important biofertiliser in paddy fields as they fix atmospheric nitrogen and add organic matter to the soil and increase its fertility.

Question. How was penicillin discovered?
Answer : Penicillin was the first antibiotic to be discovered and it was a chance discovery. Sir, Alexander Fleming observed that in unwashed culture plates of Staphylococcus, a mould Penicillium was growing. This mould inhibited the growth of Staphylococcus. Later the antibiotic was isolated from this fungus and named penicillin after the mould Penicillium notatum.

Question. Which bacterium has been used as a clot buster? What is its mode of action?
Answer : The bacterium Streptococcus that produces streptokinase is used as a 'clot buster'. This enzyme has a fibrinolytic action that breaks down the clots formed in the blood vessels of patients who have undergone myocardial infarction. This prevents heart attack in these patients that can otherwise occur because of occlusion by the clots.

Question. What are biofertilisers? Give two examples.
Answer : Biofertilisers are organisms that enrich the nutrient quality of the soil. The main source of biofertilizers are bacteria, fungi and cyanobacteria. e.g., (i) Azospirillum, Rhizobium and Azotobacter can fix atmospheric nitrogen in the soil. (ii) Blue-green algae like Anabaena, Nostoc, Occilatoria add organic matter to the soil and responsible for increase its fertility.

Question. Name the scientists who were credited for showing the role of penicillin as an antibiotic?
Answer : Penicillin was discovered by Sir Alexander Fleming while, working on Staphylococci bacteria. However, its full potential as an effective antibiotic was established much later by Ernst Chain and Howard Florey. This antibiotic was extensively used to treat American soldiers wounded in World War II. Fleming, Chain and Florey were awarded the Nobel Prize in 1945, for this discovery.

Question. How do bioactive molecules of fungal origin help in restoring good health of humans?
Answer : Some bioactive molecules of fungal origin have been reported for their role in restoring good health of humAnswer : Cyclosporin-A, that is used as an immuno-suppressive agent in organ transplant patients is produced by the fungus Trichoderma polysporum. Statins produced by yeast Monococcus purpureus have been commercialised as blood cholesterol lowering agents.

Question. How do mycorrhizal fungi help the plants harbouring them?
Answer : The mycorrhizal fungi absorb phosphorus from the soil and transfer them to the host cells. They also impart resistance to host plants against root pathogens. They also show tolerance to salinity and draught as well as increases overall growth and development of plant. Hence, fungal hyphae help in synthesising organic food and also recieve/get shelter and nourishment from the higher plant.