Class 12 Biology students should refer to the following concepts and notes for Genetics in standard 12. These exam notes for Grade 12 Biology will be very useful for upcoming class tests and examinations and help you to score good marks 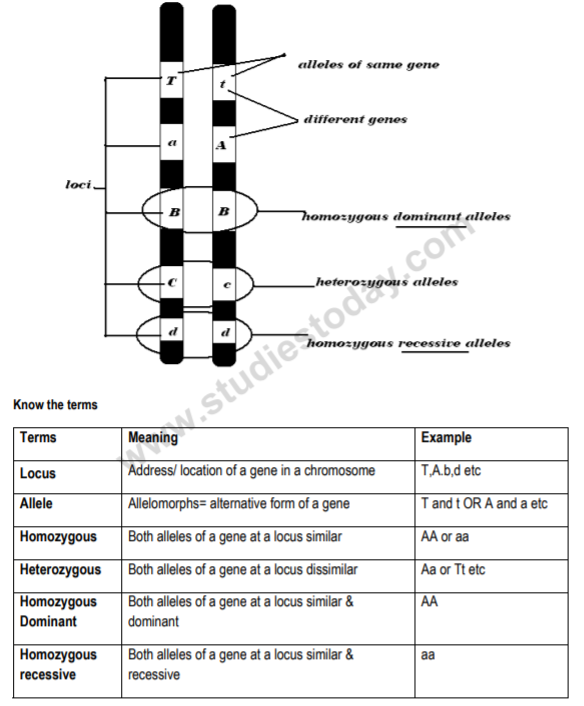 Mendel's first law ( Law of dominance )characters are controlled by discrete units called genes (allele) which occur in pair. In heterozygous condition only one gene that is dominant can express itself. (Can be explained by monohybrid cross)

Mendel's second law (Law of segregation): The two alleles received, one from each parent, segregate independently in gamete formation, so that each gamete receives one or the other with equal probability. (Can be explained by monohybrid cross)

Mendel's third law (Law of recombination): Two characters determined by two unlinked genes are recombined at random in gamete formation, so that they segregate independently of each other, each according to the first law (note that recombination here is not used to mean crossing-over in meiosis). (Can be explained by dihybrid cross)

This is what Mendel said (summary) :

2) Rule of segregation (Separation): Gametes (sex cells) only receive one allele from the original gene.

3) Rule of Independent assortment: One trait will not determine the random selection of another. Incomplete dominance: When one allele of a gene is not completely dominant over the other and the F1 hybrids are intermediate between two parents. The phenotypic and genotypic ratio is same.1:2:1 in F2 generation. E.g. Snapdragon or Antirrhinum majus Co dominance: Two alleles of a gene are equally expressive and dominant in a generation eg. Human blood group

( Note : Human blood group is also an example for multiple allelisim i.e when a gene exists in more than two allelic forms)

Linkage
Tendency of genes on same chromosome to remain together

Such genes are called – linked genes. 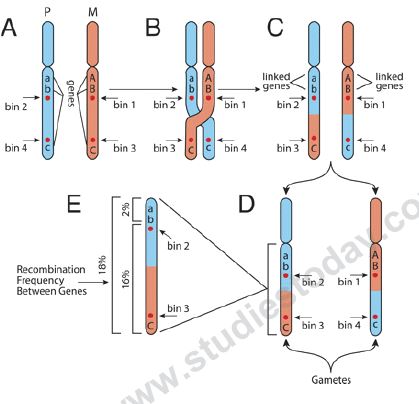 (B) Crossing over during meiosis. (chiasma formation) 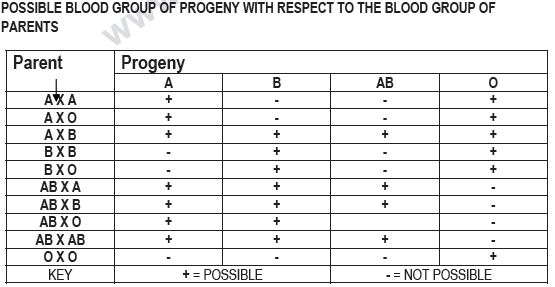 Pedigree Analysis
Pedigree is a chart of graphic representation of record of inheritance of a trait through several
generations in a family
Symbols used:- refer NCERT Text Book
Four patterns of inheritance 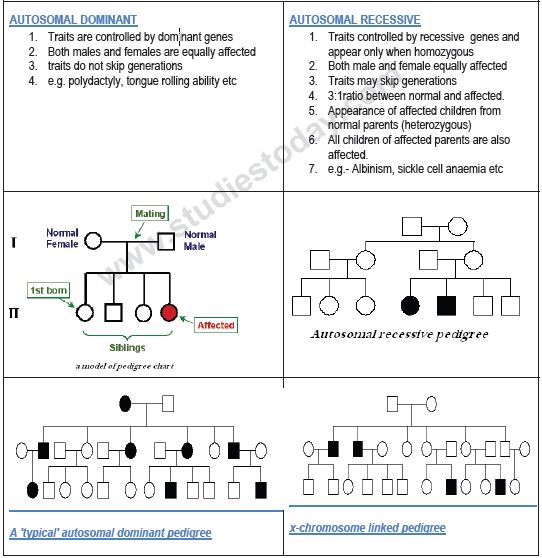