Class 12 Biology students should refer to the following concepts and notes for Sexual Reproduction In flowering Plants in standard 12. These exam notes for Grade 12 Biology will be very useful for upcoming class tests and examinations and help you to score good marks

Development of seed and fruits

The parts of a stamen are filament and anther.It is bilobed and dithecous. The anther is a four- lobed structure consisting of four micro sporangia located at the corner, two in each lobe. Developed micro sporangia are called pollen sacs. 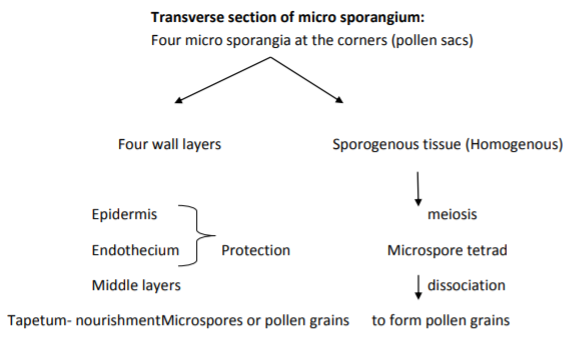 Structure of the pollen grains or male gametophyte

1. Wall layers: the outer hard layer-exine is made up of the most resistant organic material Sporopollenin which is resistant to high temperature, pH, and enzymatic action.

3. Inner wall- intine is made up of cellulose and pectin

Structure of an ovule or megasporangium
The ovule has a stalk-funicle- Hilum is the junction between ovule and funicle- two integuments envelop the ovule except at micropyle. Opposite end is called chalazal end. It encloses mass of cells called nucellus, with an embryo sac. 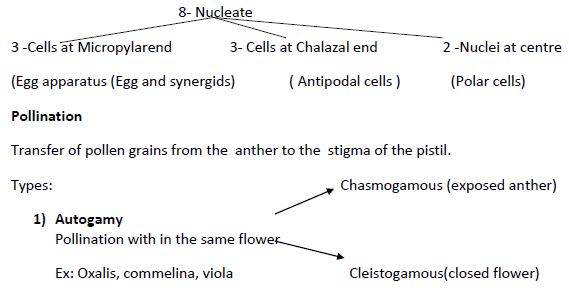 2) Geitonogamy
Transfer of pollen grain from the anther to the stigma of another flower in the same plant.

3) Xenogamy
Transfer of pollen grain from the anther to the stigma of a different plants. 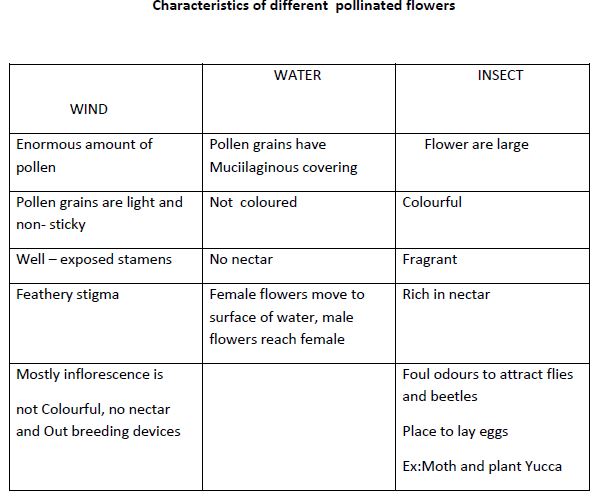 Outbreeding devices
• Dichogamy – pollen release and stigma receptivity are not synchronized.
• Heterostyly – anther and stigma are placed at different positions.
• Self- incompatibility
• Production of unisexual flowers.

Pollen- pistil interaction
1) The pollen grains germinate in pollen tubes and the pollen tube passes through style, reaches ovary.
2) Enters ovule through micropyle with the help of synergids
3) Two male gametes are released.
(Artificial hybridization is achieved by emasculation and bagging techniques (removal of anther and dusting stigma with anther of desired type to prevent contaminations of its stigma with unwanted pollen)

Post- fertilization events
A) Development of endosperm and embryo B) maturation of ovule into seed C) ovary into fruit.

Dicot embryo consist of an embryonal axis and two cotyledons.

Monocot embryo
Single cotyledon (scutellum) in one side of the embryonal axis
• radical with root cap enclosed by coleorrhizae.
• Above the attachment of scutellum is, coleoptile.( covers plumule) 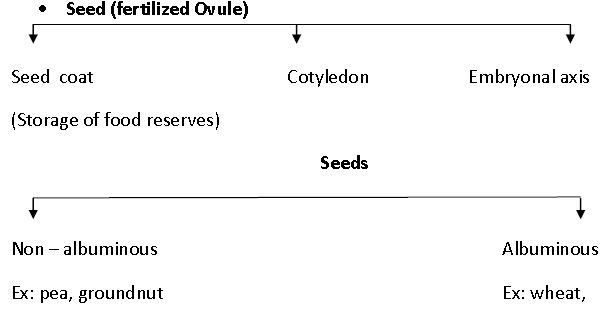 Residual, persistant, nucellus is called as perisperm
Ex: black pepper and beet The embryo may enter a state of inactivity called dormancy.seed coats near micropyle facilitate entry of oxygen and water during germination.
Embryo is dormant, till favorable conditions are onset.
Fruitis (Ripened Ovary) – the wall of the ovary called Pericarp. 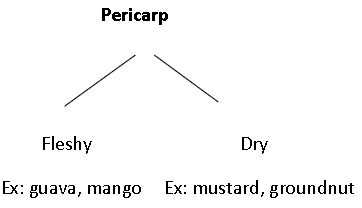 False fruit: if the parts other than ovary, becomes fruit it is false fruit.
Ex: Apple,Strawberry, cashew

Fertilisation: Process of fusion of sperm with ovum

Secretion of acrosome helps the sperm entry into cytoplasm of ovum through zona pellucida and plasma membrane. Sperm entry induce the completion of the 2nd meiotic division of secondary Oocyte. 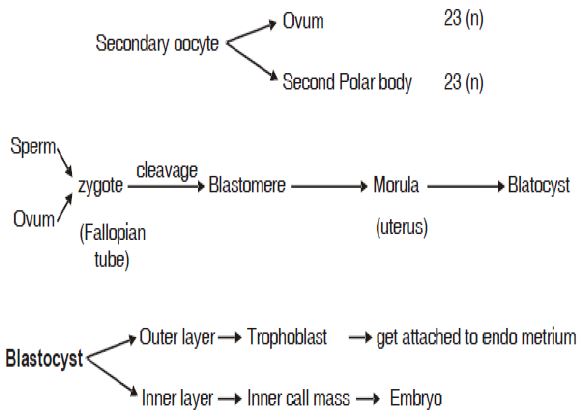 Placenta: An intimate connection between foetus and uterine wall of the mother to exchange materials.

Blastula: A stage of embryogenesis which comes after morula and has a hollow fluid filled space called blastocoel

Foetus: An advanced stage of embryo within the uterus.

Gestation Period: A period between fertilisation of ovum and the birth of baby

Implantation: Fixing of embryo fertilized egg in uterus. It leads to pregnancy

Menarche: The beginning of first menstron in female on attaining puberty

Menopause: Permanent cessation of mensual cycle in female. It occurs between the age 45 to 50 years in human female.

Oogenesis: Formation and development of ova in ovary

Ovulation: Process of release of mature ovum (Secondary oocyte) from the ovary

Parturition Process of delivery of the foe Child birth)