Class 12 Biology students should refer to the following concepts and notes for Microbes In Human Welfare in standard 12. These exam notes for Grade 12 Biology will be very useful for upcoming class tests and examinations and help you to score good marks

•Penicillin produced by Alexander Fleming from Penicillium notatum while working with Staphylococci Earnest Chain and Howard Plorey awarded Nobel Prize in 1945 for establishing Penicillin as an effective antibiotic.

Chemicals: Enymes and other Bioactivities Molecules:

•Lactobacillus for production of Lactic acid.

•Lipases used in detergents to remove oil strains from Laundry.

•Streptokinase (from Streptococcus) as clot buster in patients with myocardial infraction (heart attack).

•Cannot be disposed directly into rivers and streams. Where & how?

_•Agitated mechanically and air pumped into it.

•No man made technology available till date. 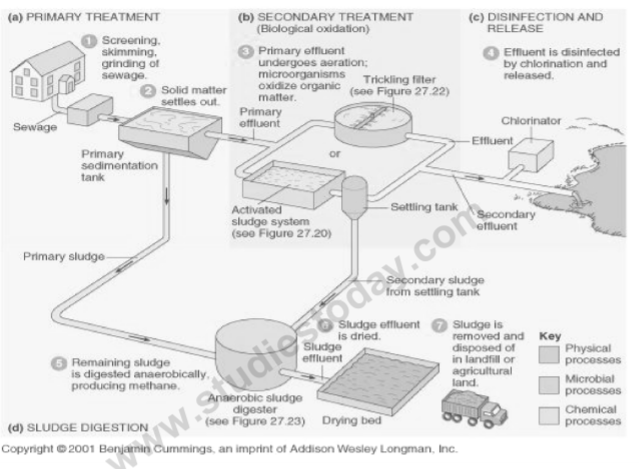 For production of biodegradable plastics:
• biodegradable plastic, e.g. polyhydroxybutyrate (PHB) is being produced commercially by fermentation with the bacterium Alcaligenes eutrophus.
• Production of PHB may be easily achieved in tree plants like populous, where PHB can be extracted from leaves.
• Other main drawback of bacterial PHB is its high production cost, making it substantially very expensive than synthetic plastics.

As edible vaccines:
• the genes encoding the antigenic proteins of virus and bacteria can be isolated from the pathogens and expressed in plants.
• such transgenic plants or their tissues producing antigens can be eaten for vaccination/immunization (edible vaccines).
• the expression of such antigenic proteins in crops like banana and tomato are useful for immunization of humans since banana and tomato fruits can be eaten raw. Example: cholera and hepatitis B vaccine.