Question : Name the organic acid present in red ants.
Answer : The acid produced by ants is called formic acid.
Question : What is the common name of ethanoic acid? How ethanoic acid is different from vinegar? Give the use of vinegar in our daily life.
Answer :  Ethanoic acid (CH3COOH) is commonly known as acetic acid. The dilute solution of acetic acid in water (6-8%) is known as vinegar. The vinegar is used for preserving food sausage, pickles, etc.

Question : Explain giving chemical equation, how are esters prepared? Specify any one property and one use of esters.
Answer :  Ethyl ethanoate which is a ester of ethanoic acid and ethanol.

Question : Name the following compounds.
Answer :  According to the question, Given compounds are

Carbon and Its Compound Class 10 Science Notes and Questions

Two or more elements combine to form compound. There are two types of compounds - Organic Compound and Inorganic Compounds. Organic compounds are the one which are made up of carbon and hydrogen.

The bond formed by sharing a pair of electrons between two atoms are known as Covalent Bond. Carbon forms covalent bond. Carbon exists in two forms- as free state and as combined state. Free form of carbon is found in graphite, diamond and fullerene. In combined state, carbon exists as Carbon-dioxide, Glucose, Sugar etc.

Different forms of an element that has same chemical properties but different physical properties are known as Allotropes. There are three allotropes of carbon- diamond, graphite and fullerene.

Diamond exits as three-dimensional network with strong carbon-carbon covalent bonds. Diamond is hard in nature with high melting point. It shines in presence of light and it is a bad conductor of electricity. The most common use of diamond is in making jewellery. It is also used in cutting and drilling tools. 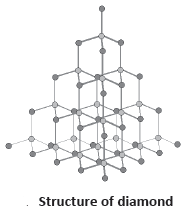 Graphite is made from weak van der wall forces. Each carbon atom is bonded with other three carbon atoms in order to form hexagonal rings. It serves as good conductor of heat and electricity. It is used as dry lubricant for machine parts as well as it is used in lead pencils. 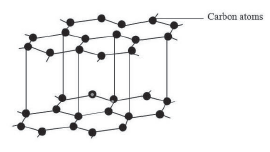 It is a hollow cage which exits in the form of sphere. Its structure is similar to fullerene. But along with hexagonal rings, sometimes pentagonal or heptagonal rings are also present. 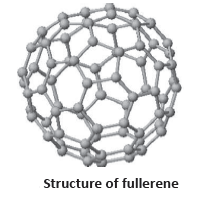 Catenation and tetravalency are the two important properties of carbon. Catenation is a property of carbon by which carbon atoms can link one another via covalent bond and can form long chains, closed ring or branched chains etc. Carbon atoms can be linked by single, double or triple bonds. Carbon has a valency of 4 due to which it is known to have tetravalency. Due to this one carbon atom can bond with other 4 carbon atoms, with other atoms also such as Oxygen, Nitrogen etc. 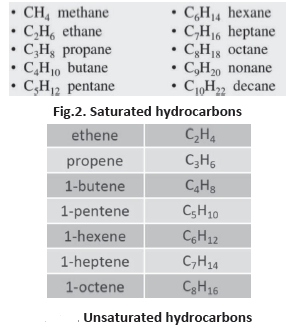 Carbons Compounds based on the basis of structure 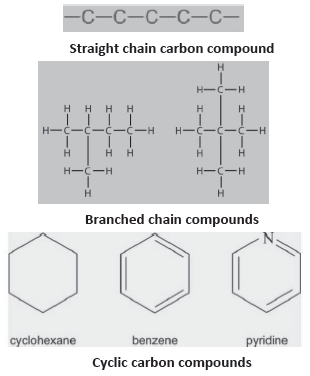 One of the hydrogen atoms in hydrocarbon can be replaced by other atoms according to their valencies. The atoms which decides the properties of the carbon atoms, are known as Functional Groups. For Example, Cl, Br, -OH, Aldehyde, Ketone, Carboxylic Acid etc.

Series of compounds in which same functional group substitutes for the hydrogen atom in a chain of carbon. 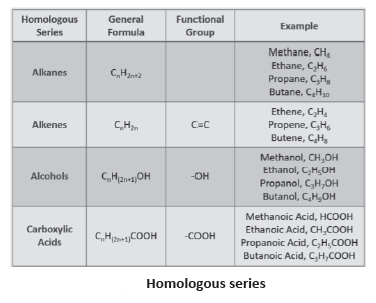 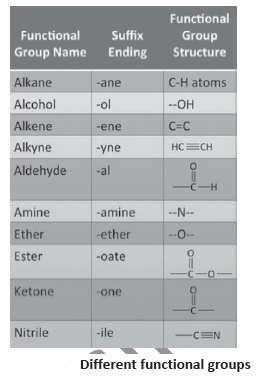 Hydrogenation of vegetable oil is an example of addition reaction. Addition of hydrogen in presence of catalyst such as nickel or palladium. This converts oil into ghee.

When one atom in hydrocarbon is replaced by chlorine, bromine, etc. this is known as Substitution Reaction.

Ethanol is a volatile liquid with low melting point. It reacts with sodium to form sodium ethoxide.

This above reaction is used to test the presence of ethanol by the evolution of hydrogen gas.

Ethanoic acid is a colourless liquid. When pure ethanoic acid freeze like ice, it is known as Glacial Acetic Acid. It is formed at a temperature of about 16.6 degree centigrade

Ethanoic Acid/Acetic acid when reacts with ethanol it forms an ester. Ester can be identified by its sweet smell.

Cleansing Action of Soaps and Detergents

When dirt and grease are mixed with soap water, soap molecules arrange them in tiny clusters known as Micelle. The hydrophilic part sticks to the water and form outer surface of the micelle and hydrophobic part binds to oil and grease.