Science
Download PDF
Read and download free pdf of CBSE Class 10 Physics Revision Assignment Set B. Get printable school Assignments for Class 10 Physics. Standard 10 students should practise questions and answers given here for Physics in Grade 10 which will help them to strengthen their understanding of all important topics. Students should also download free pdf of Printable Worksheets for Class 10 Physics prepared as per the latest books and syllabus issued by NCERT, CBSE, KVS and do problems daily to score better marks in tests and examinations

Class 10 Physics students should refer to the following printable assignment in Pdf for Revision in standard 10. This test paper with questions and answers for Grade 10 Physics will be very useful for exams and help you to score good marks

Current Electricity: Current electricity is a type of electricity when the electronic charges that develop are also in motion.
For example electricity used in our homes.

Electrostatic potential
It is the work done in moving the positive charge from infinity to a certain point in an electric field of other charge.

OR The electrical potential is defined as the capability of the charged body to do work. When the body is charged, either electric electrons are supplied to it, or they are removed from it. In both the cases, the work is done. This work is stored in the body in the form of electric potential. Thus, the body can do the work by exerting a force of attraction or repulsion on the other charged particles. 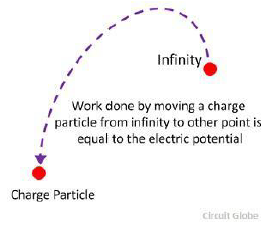 For example - A unit of positive charge is at a point at infinity and we try to bring it to point b that is in the electric field of some other charge, let’s say charge q2. So the work that we need to do in doing so is called electrostatic potential. 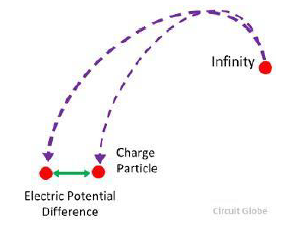 The unit that is used to measure it is volt and we can define 1 volt as :1v = 1 joule 1/coulomb

So it is defined as: Potential difference is said to be 1 volt when 1J of work is done in moving 1 Coulomb of charge from one point to another. The instrument that is used to measure its magnitude is called Voltmeter.
There is an important feature that how we connect it. It is connected in parallel because it has a high resistance and also in parallel the potential difference remains constant.

Electric current
As we have understood that charges do move, so here comes another physical quantity that is the rate of flow of electric charge through a conductor.
I = Q /T

We can define 1 ampere current as
1Ampere is defined as when 1Coulomb of charge flows through wire in 1second. The ammeter is an instrument used to measure the current. Now the connection of ammeter in circuit is that it is connected in series. It has low resistance and in series, the current remains constant. 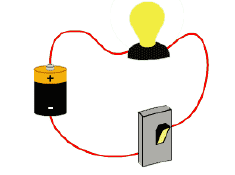 Open electric circuit : It is the circuit in which electric contact is broken at some point such that no current flows through the components of the circuit.

Rheostat - It is defined as the variable resistance. It is connected to change the current in the circuit without changing the voltage source like cell etc.

Galvanometer- It is a device used to measure a very small amount of current as it has very low resistance. 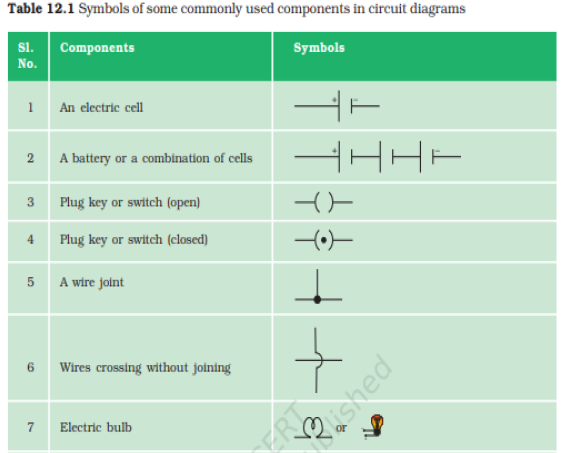 QUESTIONS BASED ON ABOVE TOPICS:-

Therefore, the number of electrons constituting one coulomb of charge is 25 × 1018.

Question. Define charge?
Answer. Electric charge is the physical property of matter that causes it to experience a force when placed in an electromagnetic field. There are two types of electric charge: positive and negative