NEET UG Biology Ecosystem MCQs with answers available in Pdf for free download. The MCQ Questions for NEET Biology with answers have been prepared as per the latest 2021 NEET Biology syllabus, books and examination pattern. Multiple Choice Questions form important part of competitive exams and NEET exam and if practiced properly can help you to get higher rank. Refer to more topic wise NEET Biology Questions and also download more latest study material for all subjects and do free NEET Biology Mock Test 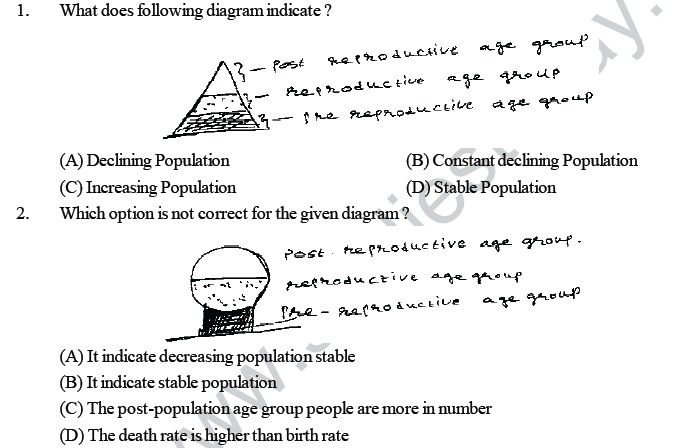 6. Population of which of the following will be highest in the foodchain?

7. Who is food componant of the grazing food chain?

8. System resulting from interaction of all the known living factors and populaton of all the species of a unit area is...

9. In which of the following plants are included in any food chain?

10. Which of the following is the correct statement for food chain?

(A) Every chain formed by nutritional relations , is used to understand energy flow.

(B) Enery componet of the food chain forms trophic level.

(D) All of the given

11. Which of the following uses maximum energy?

(A) Primary comsumer    (B) Secondary consumer

12. Through, whoch of the following, enery enters in an ecosyslem?

13. Why is algae placed in first place of food chain ?

(A) Algae is first to synthesize food.

(B) Algae is first to consume food.

14. In which of the following wheat eating pegions included ?

(A) Decomposer (B) Primary consumer.

15. Which of the following is placed in upper most (highest) level of ecological pyramids.

(A) Herbivores (B) Carnivors

(A) Remain Same (B) Decreases

18. Who is primary consumer of biotic community ?

(A) Herbivores/ Grazing animal (B) Omnivores

19. In which of the following weeds are placed ?

(A) Primary producers (B) Secondary consumer.

20. When does the energy flow start in an ecosystem ?

(A) When material cycle starts

(B) When sun rises

(D) When light energy is converted in chemical energy.

21. which of the following option is correct for storage place phosphorus and nitrogen respectively ?

(A) Consumer (B) Parental rock and environment 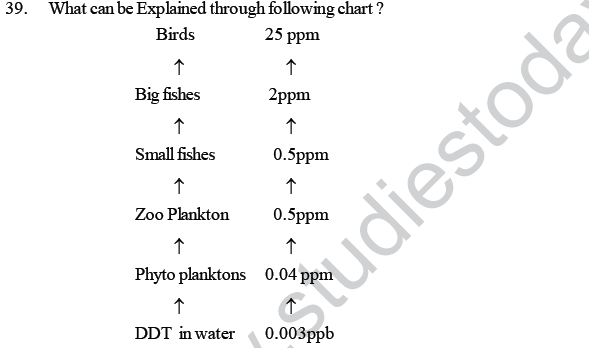 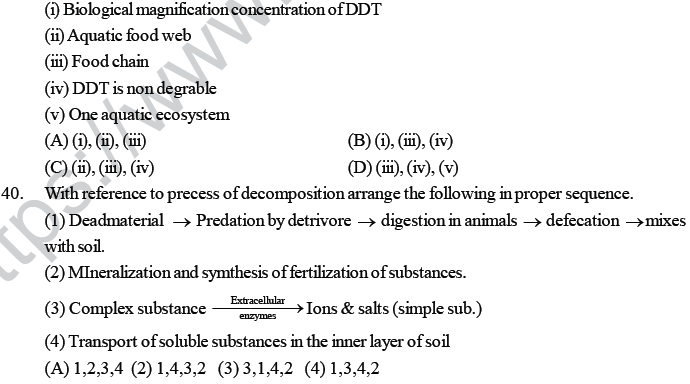 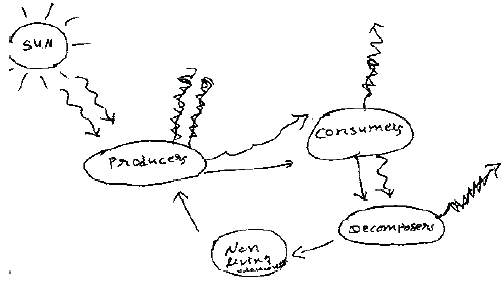 What does given chart indicate ?
(A) Structure of ecosystem.
(B) Type of ecosystem
(C) First and second law of Thermodynamics
(D)- Bidirerectional flow of energy.
47. What is incorrect for oxygen ?
(A) Most of the metabolic energy is produced by it.
(B) Plants are included in the organisms producing it.
(C) It is essential for all the organisms.
(D) Its proportion in water is 90%.
48. X is source of y. but y never return to x, Than which option is wrong for x and y.
(A) X = plant, Y= organic compound (B) X= sun, Y=Energy
(C) a & b Both are correct. (D) A and B are Wrong.
49. What does pyramid of Bimass of an ecosystem indicate in _____
(A) Number of species in each trophic level
(B) Number of organisms in each trophic level
(C) Organisation of tissue of each tophic level
(D) All of the given.
50. Which option is correct for the given information ?
(1) Ecosystem is an outcome of an interaction between all living components and non- living components of Environment.
(2) GPP= NPP- loss due to respiration
(3) Primary productivity is measured in dry biomass.
(A) TFT (B)FFT
(C) FTF (D)TTF. 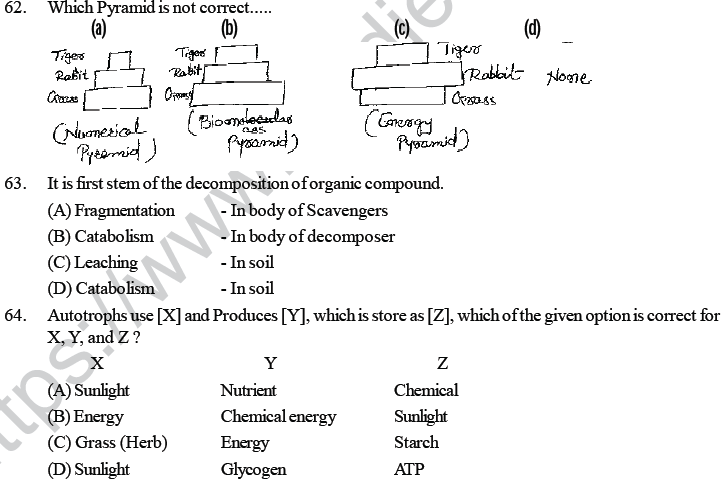 65. What is an Original Source of energy flow in any food chian ?
(A) Sun (B) Produces
(C) Primary (D) None
66. Immature fall of floral bud and fruits are observed in a farm, and on leaves Red and purple pigments spots are observed, In which of following place is Such Symptoms will not be observed in plants
(A) Sea shore (B) Bank of river
(C) Foot hills of mountain (D) Red Soil
67. Who is responsible for the process like, Phosphate Containing Organic compound→Phosphate
(A) Certain fungi (B) Certain algae
(C) Certain Specific bacteria (D) All three
68. Which of the following eco-system has highest annual primary productivity ?
(A) Tropical deciduou forest
(B) Tropical Rain forest
(C) Temperate deciduou forest
(D) Temperate Ever green forest.
69. Which of the following is not a functional unit of ecosystem ?
(A) Stratification (B) Flow of energy
(C) Decompos (D) productivity.
70. Which of the following associations do not establish functional interspeciific association ?
(A) Mutualism (B) Exosparasite
(C) Endoparasite (D) Commensalism
71. Which statement is correct ?
(A) Plant uses CO2 during respiration.
(B) Biomass of the plant is available to only herbivores.
(C) In all CO2 acceptor plants, organic compounds are produce throudh photosynthesis.
(D) All three. 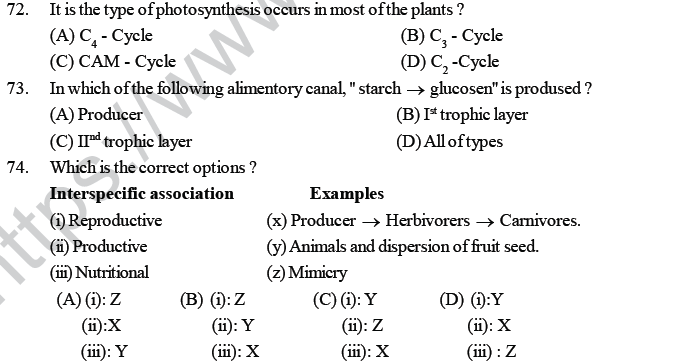 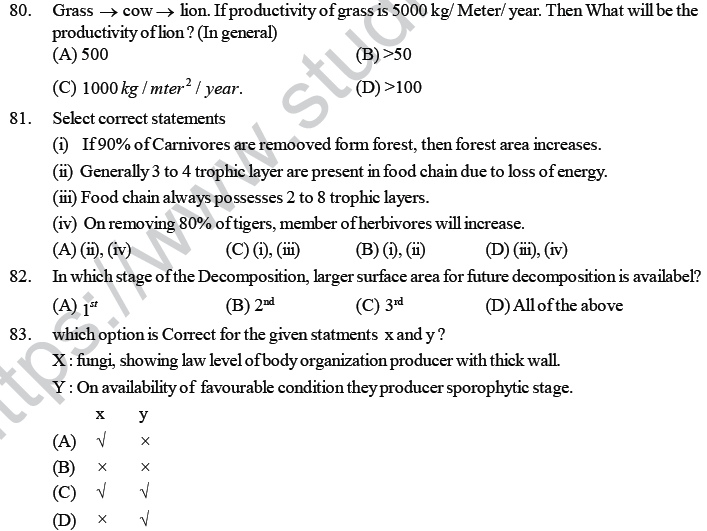 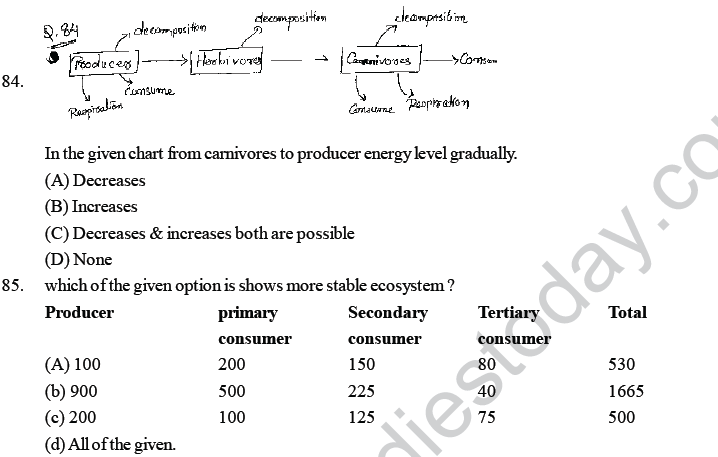 86. Which of the following is one of the causes of cancer ?
(A) Obesity
(B) Artheros cerosis
(C) Inadcquale of O2 supply
(D) Hypertension
87. Which option is more suitable for x and y ?
X : Animal cells possesses mitochondria.
Y : IN animal cell energy is released when carbohydrates are completely broken .
(A) Both are correct
(B) Both are wrong
(C) If x is correct then only y is correct .
(D) X : correct Y : wrong 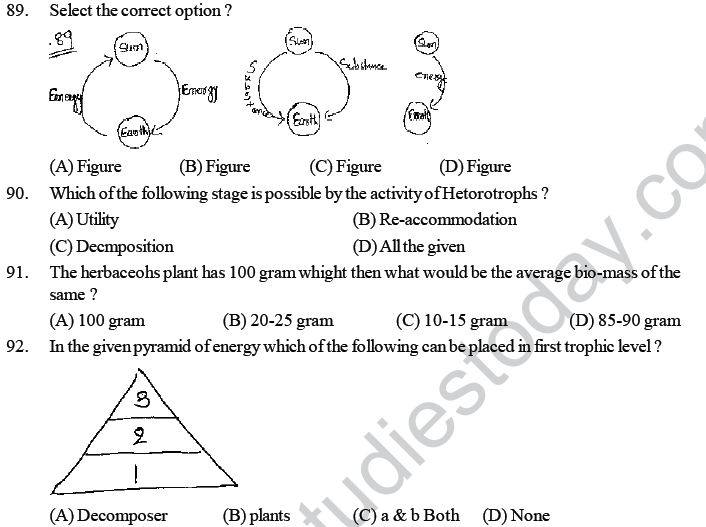 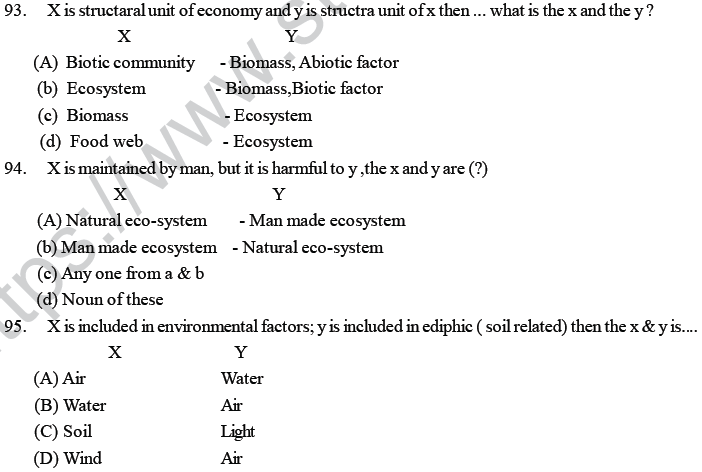 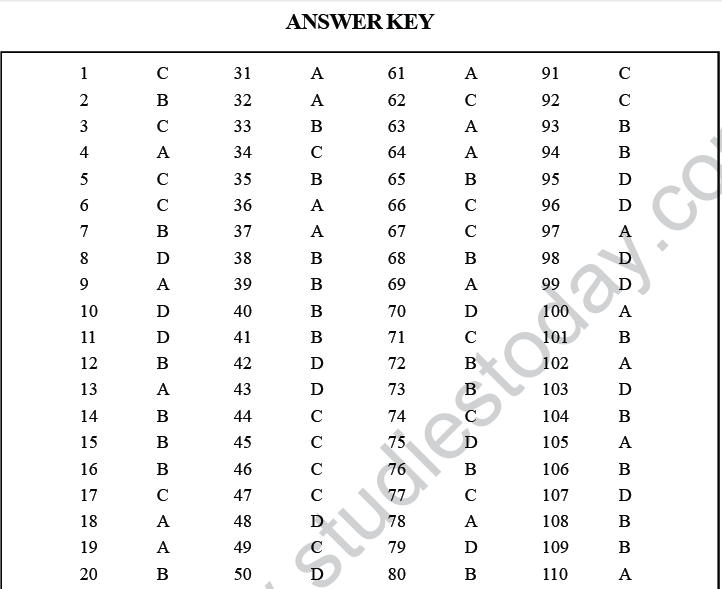