Download printable Social Science Class 7 Worksheets in pdf format, CBSE Class 7 Social Science Medieval India Worksheet has been prepared as per the latest syllabus and exam pattern issued by CBSE, NCERT and KVS. Also download free pdf Social Science Class 7 Assignments and practice them daily to get better marks in tests and exams for Grade 7. Free chapter wise worksheets with answers have been designed by Standard 7 teachers as per latest examination pattern

Class 7 Social Science students should refer to the following printable worksheet in Pdf for Medieval India in Grade 7. This test paper with questions and solutions for Standard 7 Social Science will be very useful for tests and exams and help you to score better marks

The Medieval India
Answer these questions:-
Q 1. What were the terms used for the Indian subcontinent in the history of India?
Ans. In Vedic period India was known as Aryavarta; Iranian called it Hindu; Greeks Indus and Chinese called it Tien Chu.
Q 2. In how many parts Indian history is divided by the historians?
Ans. Indian history is divided into three parts: - 1. Ancient 2. Medieval 3. Modern
Q 3. How many types are sources of Indian history?
Ans. These sources are of two types: - 1. Archaeological 2. Literary
Q 4. How are the accounts of foreign travellers an important source of history?
Ans. The accounts of foreign travellers throw light on the conditions in India during their visits. The books written by them are important litrary source of history.
Fill in the blanks
1. The eighth century is considered as a century of change.
2. The Chinese used the term Tien Chu for India.
3. Monuments inscriptions and coins are archaeological sources while autobiographies and biographies are literary sources.
4. Tansen was a famous musician.
Write true or false for each statement
1. The medieval period was divided into two parts- Early medieval period and later medieval period. True
2. Many social customs and traditions were not come in existence. False
3. During the medieval period many special reforms performed for the development of trade and commerce. True
4. During the medieval period there was not a lot of interaction between Hindus and Muslims. False 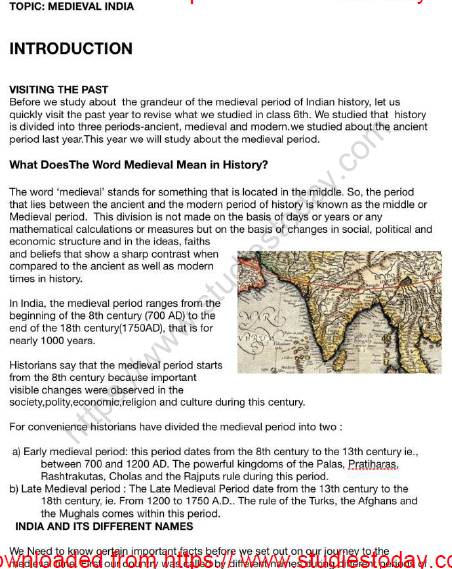 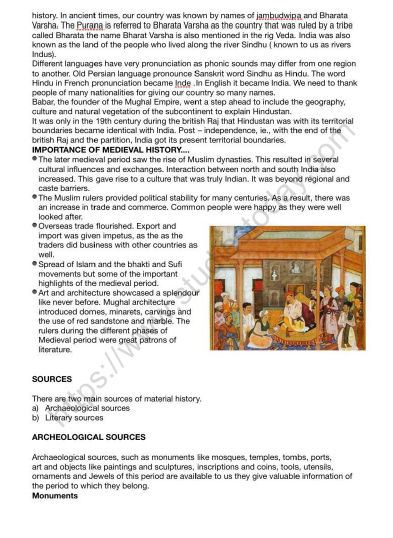 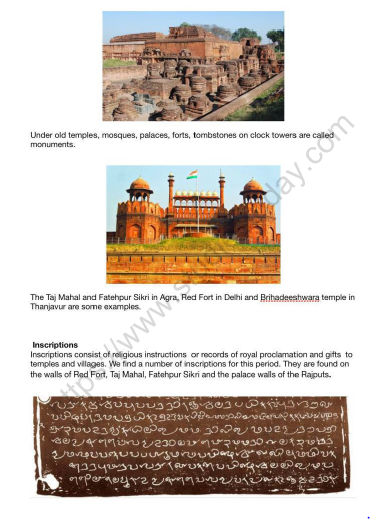