Download printable Social Science Class 7 Worksheets in pdf format, CBSE Class 7 Social Science 18th Century Political Formations Worksheet Set A has been prepared as per the latest syllabus and exam pattern issued by CBSE, NCERT and KVS. Also download free pdf Social Science Class 7 Assignments and practice them daily to get better marks in tests and exams for Grade 7. Free chapter wise worksheets with answers have been designed by Standard 7 teachers as per latest examination pattern

Class 7 Social Science students should refer to the following printable worksheet in Pdf for 18th Century Political Formations in Grade 7. This test paper with questions and solutions for Standard 7 Social Science will be very useful for tests and exams and help you to score better marks 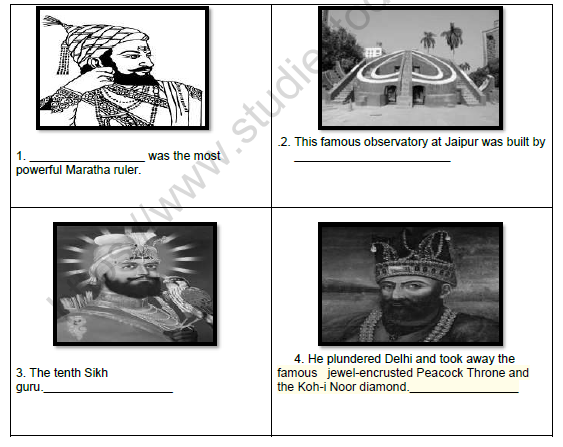