Download PDF
Question : The phenomenon of electromagnetic induction is
a. the process of rotating a coil at an electric motor
b. the process of charging a body
c. the process of generating magnetic field due to a current passing through a coil
d. producing induced current in a coil due to relative motion between a magnet and the coil
Answer :  D
Explanation: When a straight coil and a magnet are moved relative to each other, a current is induced in the coil. This phenomenon is known as electromagnetic induction.
Question : Match the following with correct response. 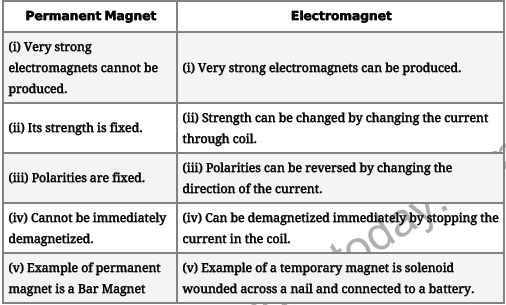 Question : A circular metallic loop is kept above the wire AB as shown below:

Download Free printable worksheets for Class 10 Physics designed by expert teachers for all important chapters and topics and is available for free download in...
More..

Download free Printable Worksheets, test papers with questions and answers for Class 10 Physics for all important topics and chapters as per CBSE, NCERT, KVS...
More..