CBSE Class 12 Physics Sound Wave Solved Examples. Please refer to the examination notes which you can use for preparing and revising for exams. These notes will help you to revise the concepts quickly and get good marks.

Ex.1 The human ear can hear sounds from a low of 20Hz upto a maximum frequency of about 20,000 Hz. If the speed of sound in air at a temperature of 0ºC is 330 m/s, then find the wavelengths associated with these frequencies 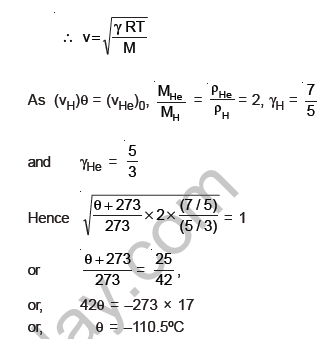 Ex.5 A tuning fork of frequency 220Hz produces sound waves of wavelength 1.5m in air at N.T.P. Calculate the increase in wavelength, when temperature of air is 27ºC. 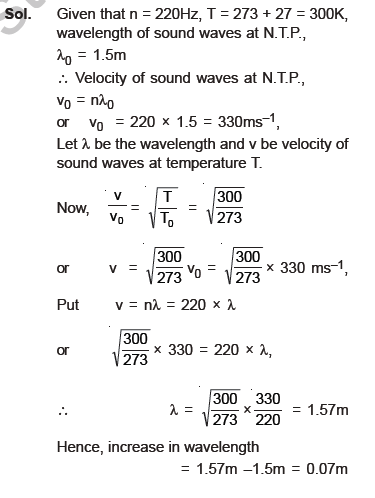 Ex.7 At what temperature will the speed of sound in air become double of its volume at 0ºC.

Ex.8 The ratio in the densities of oxygen and nitrogen is 16 : 14. At what temperature the speed of sound will be the same which is in nitrogen at 15ºC.
Sol. If M be the molecular weight of the gas and T be the absolute temperature, then speed of sound in a gas 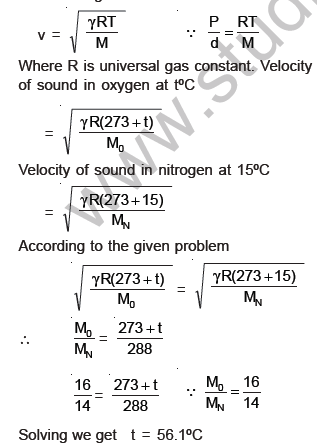 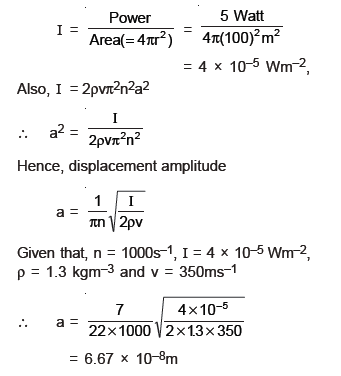 Download past year Question Papers for Class 12 Physics as per CBSE NCERT KVS syllabus with solutions in pdf free
More..