Download printable Economics Class 11 Worksheets in pdf format, CBSE Class 11 Economics Production Function Worksheet has been prepared as per the latest syllabus and exam pattern issued by CBSE, NCERT and KVS. Also download free pdf Economics Class 11 Assignments and practice them daily to get better marks in tests and exams for Grade 11. Free chapter wise worksheets with answers have been designed by Standard 11 teachers as per latest examination pattern

• The term production function means the technical and physical relationship between inputs used and the resulting output.

• It includes only technically efficient combinations of inputs (i.e., those which minimise the cost of production).

• A production function is expressed as:
Q=f (K, L) Where Q is output, labour (L) and capital (K), required to produce a good
Types of Production Function

• Short-run Production Function. It refers to production in the short-run where there are some fixed factors. In short-run, production increases when more units of variable factors are used with certain amount of fixed factor.

• Total Physical Product (TPP) or Total Product (TP): It is defined as the total quantity of goods and services produced by a firm with the given inputs during a specified period of time.

• In the short-run, TP can be increased by employing more units of the variable factor.

• In the long-run, TP can be increased by employing more units of all factors.

Average Product (AP): It is defined as the amount of output produced per unit of the variable factor (labour) employed

AP is zero when no labour is employed. Initially, AP increases, reaches maximum and finally starts declining. AP curve is an inverted U-shaped. 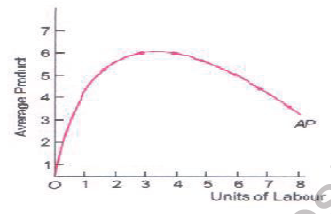 It is defined as the change in TP resulting from the employment of an additional unit of a variable factor (labour). symbolically, MP can be written as : 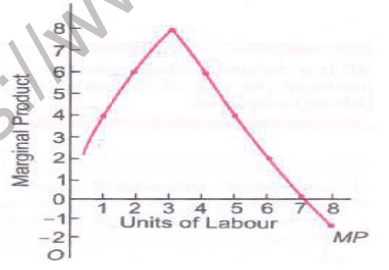 • When TP is falling, MP is negative.

• Both AP and MP curves are inverted U-shaped. 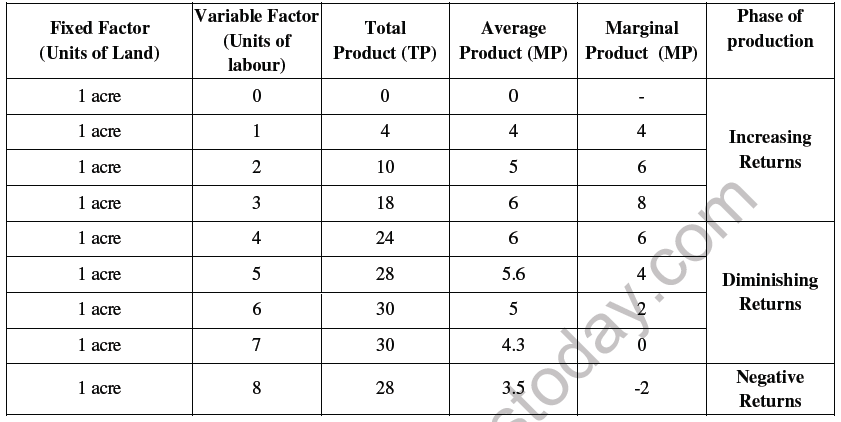 The Law of Variable Proportion

Statement of the laws Law of Variable Proportion
The law of variable proportion states that when total output or production of a commodity is increased by adding units of a variable input, while the quantities of other inputs are held constant, the increase in total production, after some point, diminishes.

• Assumptions of the Law

• The assumptions of the law of variable proportion are:

• State of technology remains the same.

• All units of the variable factor, labour, are homogenous.

• There must always be some fixed input and diminishing returns results due to fixed supply of the fixed factor.