Challenges for the new nation

At the hour of midnight on 14-15 August 1947, India attained independence. Jawaharlal Nehru, the first prime minister of free India, addressed a special session of the Constituent Assembly that night. This was the famous ‘tryst with destiny’ speech that you are familiar with.
This was the moment Indians had been waiting for. You have read in your history textbooks that there were many voices in our national movement. But there were two goals almost everyone agreed upon: one, that after independence, we shall run our country through democratic government; and two, that the government will be run for the good of all, particularly the poor and the socially disadvantaged groups.Now that the country was independent, the time had come to realise the promise of freedom.
This was not going to be easy. India was born in very difficult circumstances. Perhaps no other country by then was born in a situation more difficult than that of India in 1947. Freedom came with the partition of the country. The year 1947 was a year of unprecedented violence and trauma of displacement. It was in this situation that independent India started on its journey to achieve several objectives. Yet the turmoil that accompanied independence did not make our leaders lose sight of the multiple challenges that faced the new nation. 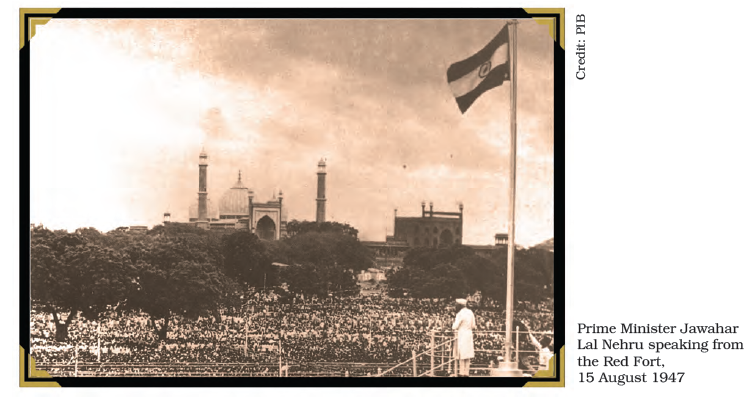