Before writing a short story, the following components of a fiction have to be understood:

Point of View  is the place from which, or the way in which, something is viewed. There can be three points of view: my point of view, your point of view and other people's point of view - the first person, second person and third person point of view.

In terms of a short story, the point of view is the perspective from which the story is told. A story can be told by a distant third person, a mere observer who may or may not have the privilege of knowing the characters' thoughts and feelings.

A Character is a human or some other participant in the story, whose existence is in the fictional work or performance. Characters may be of several types:

Protagonist: The main Hero whose story is usually told / from whose point of view the story is to be understood.

Antagonist: The character that stands in opposition to the protagonist.

Supporting Character: A character that plays a part in the plot but is not major.

The way a writer chooses words, arranges them in sentences and longer units of discourse, and exploits their significance determines his or her style. Style is a kind of verbal identity of an author / writer that reflects his / her perception about the world. For e.g. Hemingway uses short, cryptic and journalistic kind of writing. How something is said is just as important as what is said. Language and style also includes images, the concrete representation of a sense impression, feeling or idea. Images may invoke our sight, hearing, sense of smell and taste and tactile perceptions. Imagery refers to a pattern of related details. When images form patterns of related meaning that convey a feeling beyond what the images literally describe, we call them metaphorical or symbolic.

The location and time of a story is what we call "setting". Setting is significant as the physical details of time and place often have metaphorical value. That is, the setting is associated with values, ideals, attitudes, and beliefs.

As setting is the place where the story happens, it reflects upon the characters and embodies the theme. Setting can also convey the emotional or psychological state of characters. The setting includes the following:

STAGES IN PLOT AND STRUCTURE

Exposition: The start of the story, the situation before the action begins.

Rising Action: The series of conflicts and crisis in the story that leads to the climax.

Climax: The turning point, the most intense moment in action.

Falling Action: Action which comes after the climax and moves towards the resolution.

Resolution: The conclusion and tying together of all threads.

Complete the following stories in about 150-200 words. Give a suitable title. 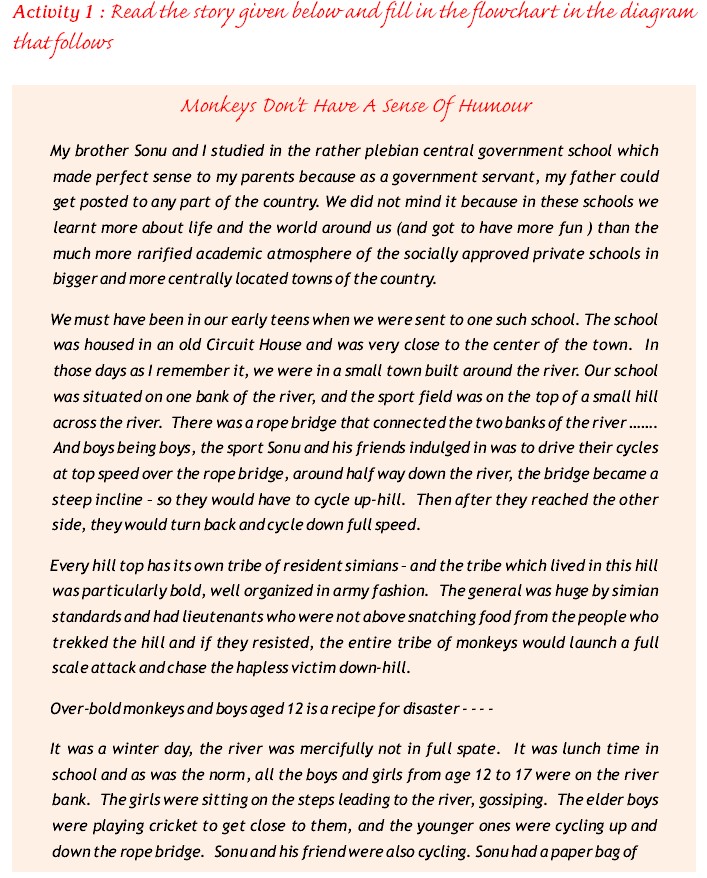 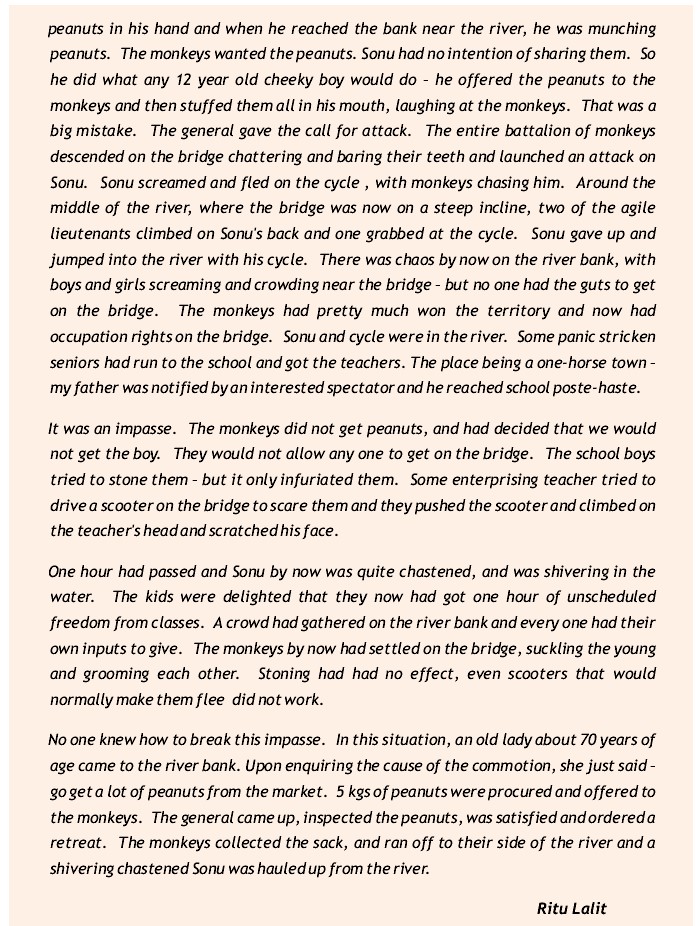 NOW IDENTIFY THE DETAILS REGARDING

Click here to download Worksheets for Class 8 English. Practice tests for Class 8 for English has been made for all important topics in NCERT book and is...
More..

Click here to download Class 8 English assignments. Practice test sheets for Class 8 for English has been made for all important topics in NCERT book 2020 2021...
More..