CBSE Class 9 Maths Triangles MCQs Set F with answers available in Pdf for free download. The MCQ Questions for Class 9 Mathematics with answers have been prepared as per the latest syllabus, NCERT books and examination pattern suggested in Standard 9 by CBSE, NCERT and KVS. Multiple Choice Questions are an important part of Term 1 and Term 2 exams for Grade 9 Mathematics and if practiced properly can help you to get higher marks. Refer to more Chapter-wise MCQs for NCERT Class 9 Mathematics and also download more latest study material for all subjects

1.Two sides of a triangle are 7 cm and 10 cm.Which of the following length can be the length of the third side?

5.In a right angled triangle, the square of the hypotenuse is equal to twice the product of the other two sides. One of the acute angles of the triangle is

6.The interior opposite angles of the exterior angle <ACD are

7.If P is a point equidistant from two lines l and m intersecting at point A. Show that the line AP bisects the angle. 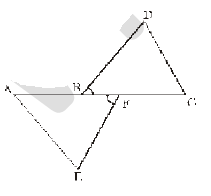 (A) SAS property
(B) SSS property
(C) RHS property
(D) None
21. By which congruency property, the two triangles connected by the following figure are congruent. 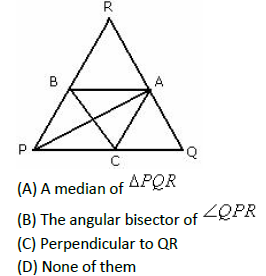 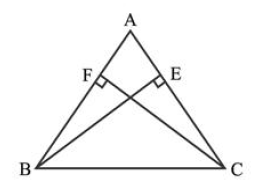 31.AD and BC are equal perpendiculars to a line segment AB. Show that CD bisects AB. 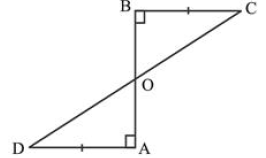 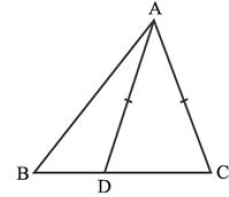 33. ΔABC and ΔDBC are two isosceles triangles on the same base BC and vertices A and D are on the same side of BC. If AD is extended to intersect BC at P, show that 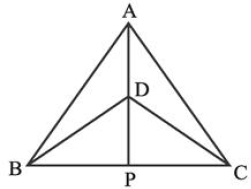 34. ABC and DBC are two isosceles triangles on the same base BC. Show that <ABD = <ACD. 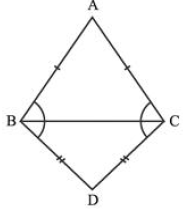 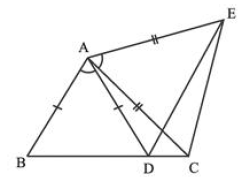 38.In ΔABC, the bisector AD of <A is perpendicular to side BC. Show that AB = AC and ΔABC is isosceles. 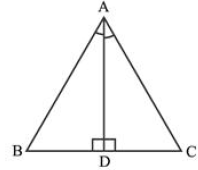 39. P is a point equidistant from two lines l and m intersecting at point A. Show that the line AP bisects the angle between them. 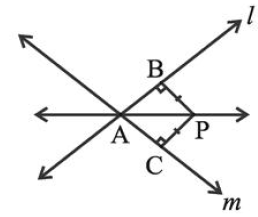 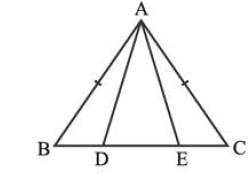 41. ΔABC is an isosceles triangle in which AB = AC. Side BA is produced to D such that AD = AB. Show that <BCD is a right angle.
42. AB is a line-segment. P and Q are points on opposite sides of AB such that each of them is equidistant from the points A and B. Show that the line PQ is the erpendicular bisector of AB.

Download past year Question Papers for Class 9 Mathematics as per CBSE NCERT KVS syllabus with solutions in pdf free
More..

Download Free printable worksheets for Class 9 Mathematics designed by expert teachers for all important chapters and topics and is available for free download...
More..

Download free Printable Worksheets, test papers with questions and answers for Class 9 Mathematics for all important topics and chapters as per CBSE, NCERT,...
More..