Take an empty glass bottle. Turn it, upside down. Now, dip the open mouth of the bottle into the bucket filled with water. Now tilt the bottle slightly. You can see bubbles coming out of the bottle or hear any bubbly sound. Which of the following cannot be inferred from this activity?

a. Air is everywhere. It is present even in the empty bottle.

b. Air does not have any colour and it is transparent

2. Fix two small candles of the same size in the middle of two shallow containers. Now, fill the containers with some water. Light the candles and then cover each one of them with an inverted glass (one much taller than the other) Observe carefully what happens to the burning candles and the water level. What do you not infer from this experiment:

a. There is a component of air that is required for burning

b. As that component has been consumed during burning the candles went off.

d. The remaining air is nitrogen

3. Mountaineers carry oxygen cylinder with them because:

a. The air is very cold up the mountain

b. There is less air on the top of the mountain

d. Oxygen is required for burning

a. People stop breathing for some time

b. Plants can be burnt to release oxygen

d. Oxygen comes into the earth’s atmosphere from outside.

5. We should breathe through the nose and not by the mouth, because ____

a. it is a bad habit

b. the air is moisturized when we breathe through mouth

c. the hair and mucus in our nostrils trap soot and dust particles present in the air

d. it is natural phenomenon

6. Take some water in a glass vessel or beaker. Heat it slowly on a tripod stand. Well before the water begins to boil, look carefully at the inner surface of the vessel. From where do these bubbles come?

a. These bubbles are due to the heating of water closer to the vessel

b. These bubbles are due to extremely cold temperature of the water

c. The dissolved air comes out of the water

d. The bubbles are due to formation of fog

7. Earth worms come out of the soil during rainy seasons because:

a. The rain goes into the soil and reaches the water table. The earthworms come out to be relieved of the wet weather.

b. The rain fills up the space between soil particles. The air comes out; Hence earthworms come out for breathing

c. The earthworms come out to move around in the sun

d. None of the above 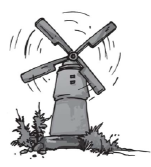 Question: Which of the following component of air cannot be taken directly by plants?

Answer: All of these

Question: In which of the following cities would there be maximum water vapour in the air on a sunny day in December?

Question: If burning splinter is taken close to the gas jar filled with oxygen, taken gas formed is

Question: Oxygen is consumed from atmosphere in the following process

Question: The percentage composition of oxygen in air is

Question: Which gas makes up major part of the air?

Question: The constituent of air that supports combustion is

Question: Which of the following represents correct order of abundance of various gases in air?

Question: Which of the following is a variable component of air ?

Question: The atmospheric layer nearest the earth's surface is the

Question: Which of the following is second layer of atmosphere?

Download Printable Worksheets, test papers for Class 6 Science with questions answers for all topics and chapters as per CBSE, NCERT, KVS syllabus
More..