NEET UG Physics Electromagnetic Induction MCQs with answers available in Pdf for free download. The MCQ Questions for NEET Physics with answers have been prepared as per the latest NEET Physics syllabus, books and examination pattern. Multiple Choice Questions form important part of competitive exams and NEET exam and if practiced properly can help you to get higher rank. Refer to more topic wise NEET Physics Questions and also download more latest study material for all subjects and do free NEET Physics Mock Test 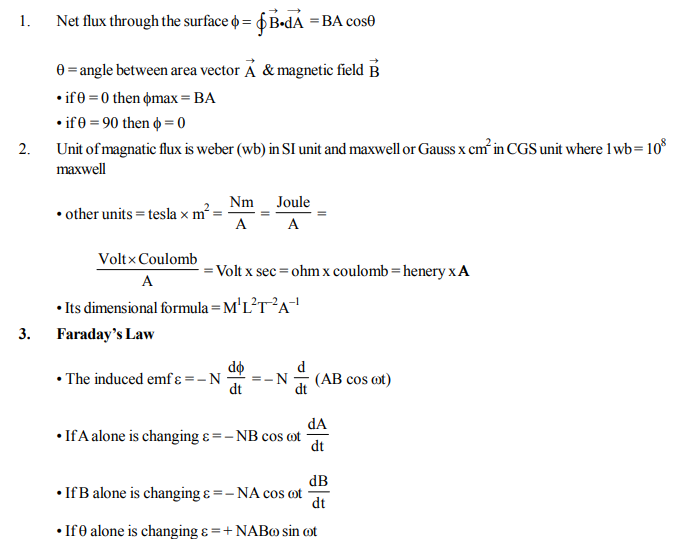 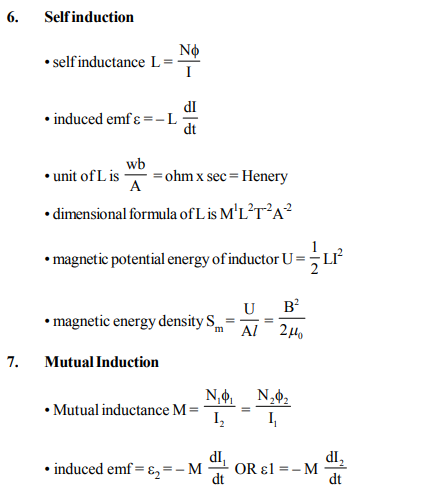 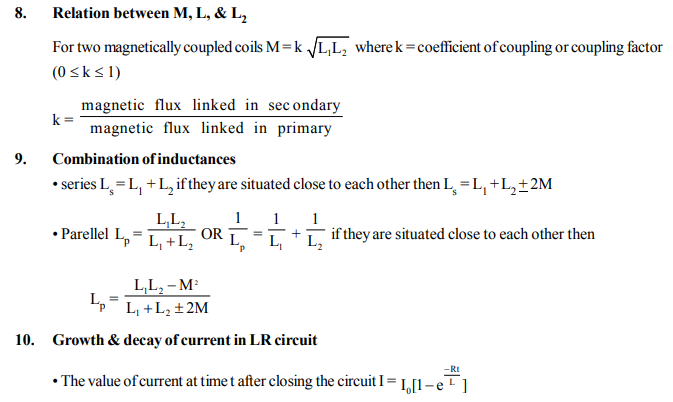 MCQ
For the answer of the following questions choose the correct alternative from among the given ones.
1. A coil having area 2m2 is placed in a magnetic field which changes from 1 wb /m2 to 4 wb/m2 in an interval of 2 second. The emf induced in the coil of single turn is ____
(a) 4 v (b) 3 v (c) 1.5 v (d) 2 v
2. Two different loops are concentric & lie in the same plane. The current in outer loop is clockwise & increasing with time. The induced current in the inner loop then, is___
(a) clockwise (b) zero
(c) counter clockwise (d) direction depends on the ratio of loop radii 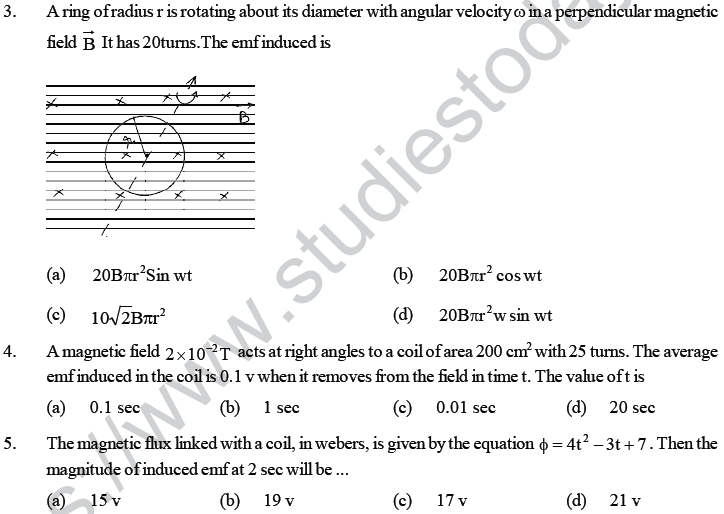 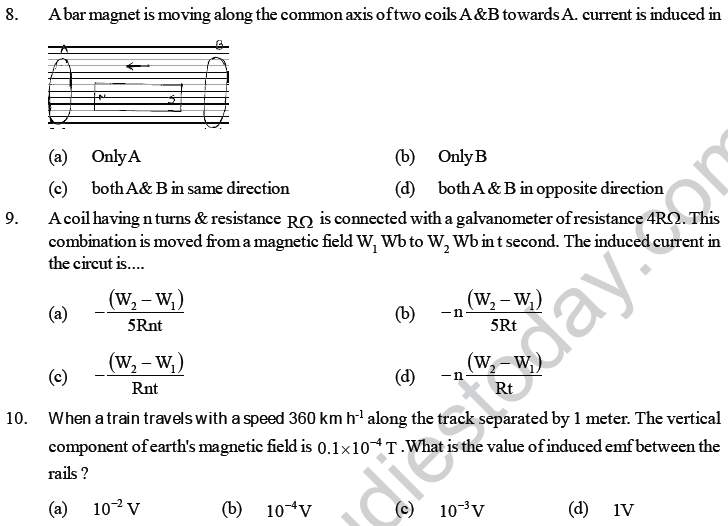 11. An electron moves along the line AB,which lies in the same plane as a circular loop of conducting wires as shown in figure. What will be the direction of current induced if any, in the loop ?

(a) Increases (b) decreased
(c) Remain same (d) depending on whether the semicircle bulge is towards the resistance or away from it.
14. Two similar circular loops carry equal currents in the same direction.On moving the coils further apart, the electric current will
(a) Remain unchanged (b) Increasing in both
(c) Increasing in one decreasing in other (d) Decreasing in both
15. When the number of turns in a coil is make four time without any change in length of the coil, its self inductance becomes
(a) unchanged (b) two times
(c) four times (d) sixteen times
16. A metal road moves at a constant velocity in a direction perpendicular to its length & a constant uniform magnetic field too. Select the correct statement (s) from the following.
(a) The entire rod is at the same electrical potential
(b) There is an electric field in the rod
(c) The electric polential is highest at the centre of the rod.
(d) The electric polential is lowest at the centre of the rod. 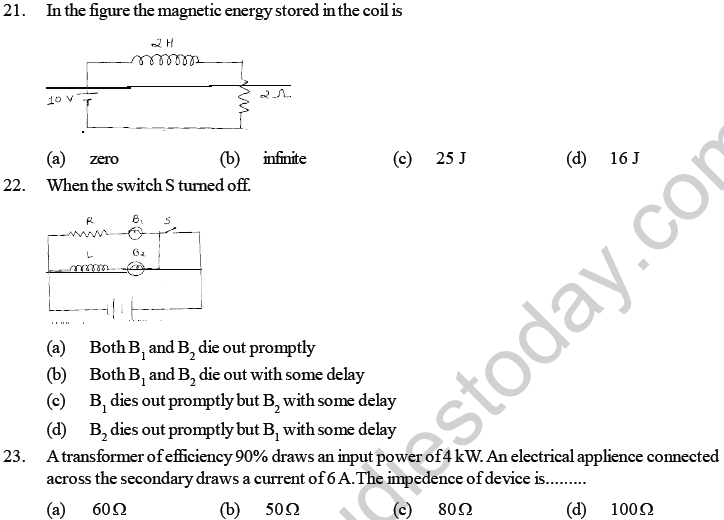 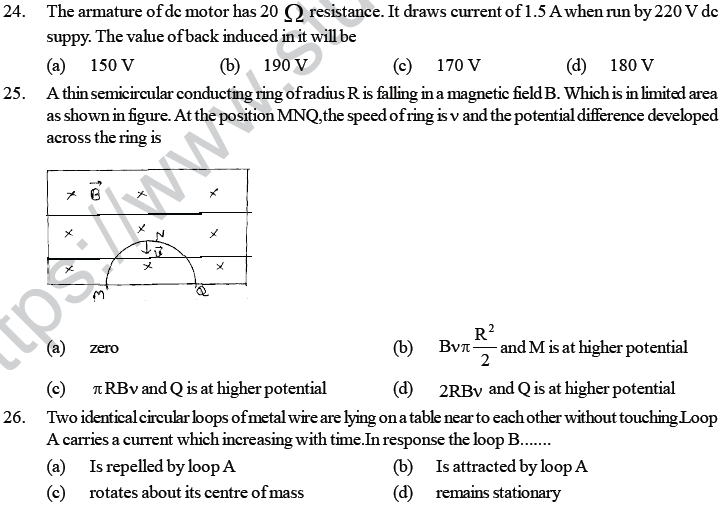 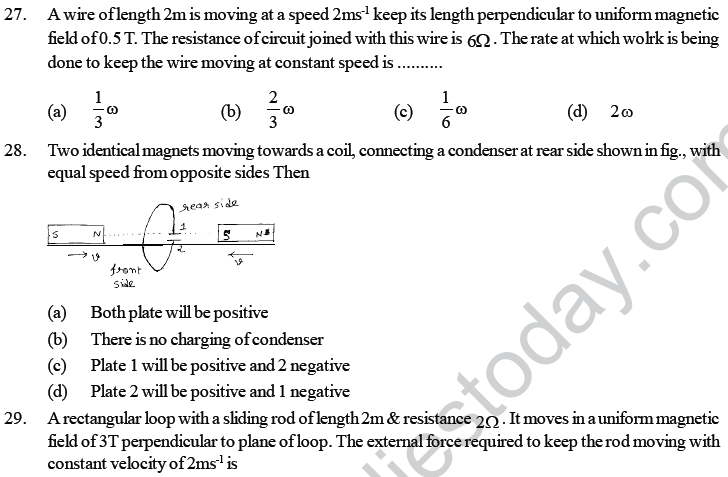 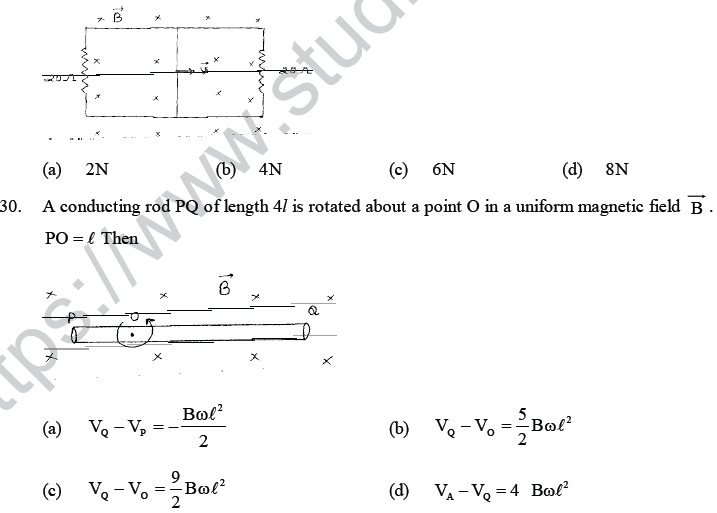 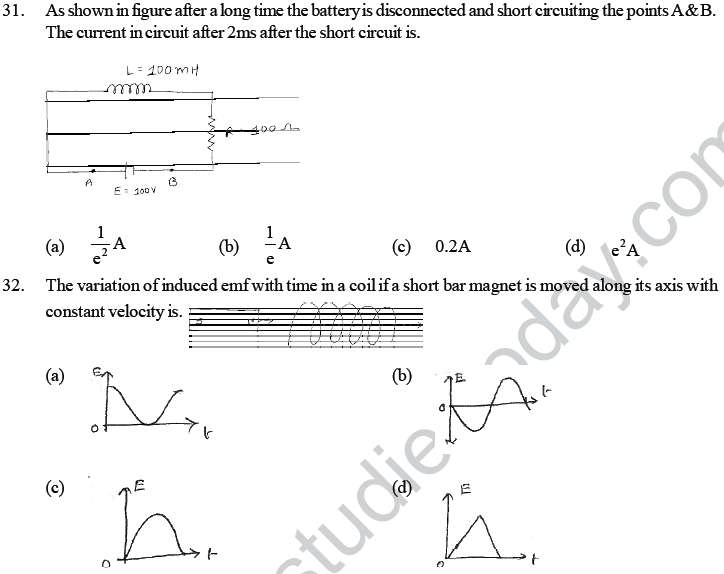 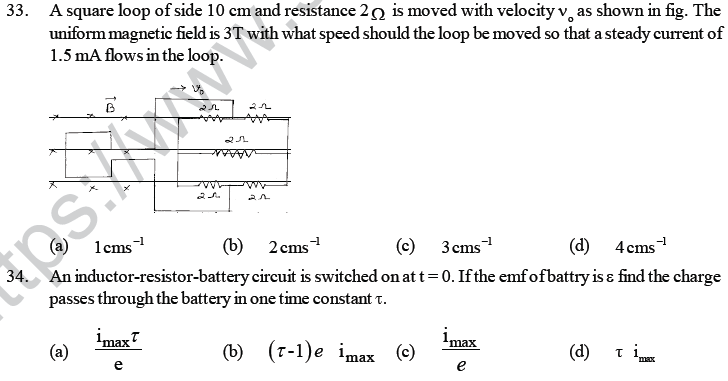 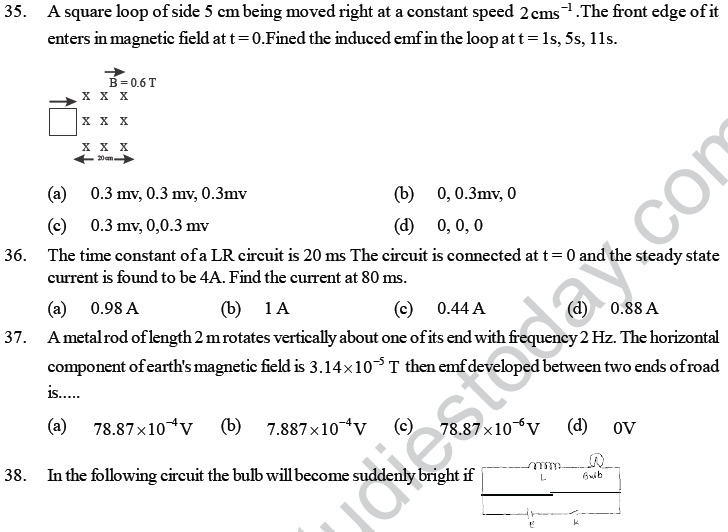 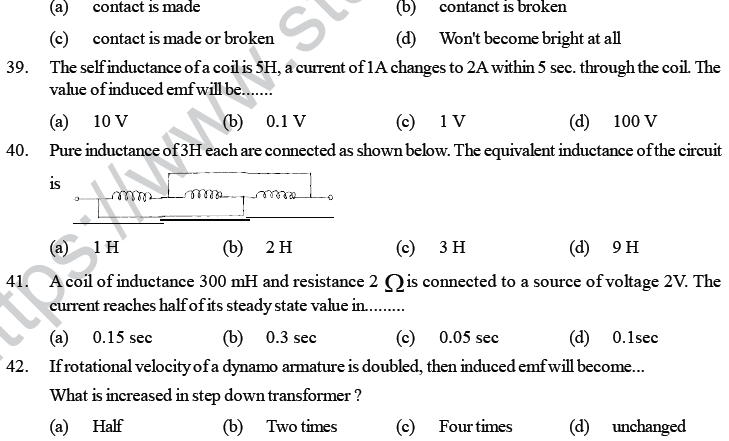 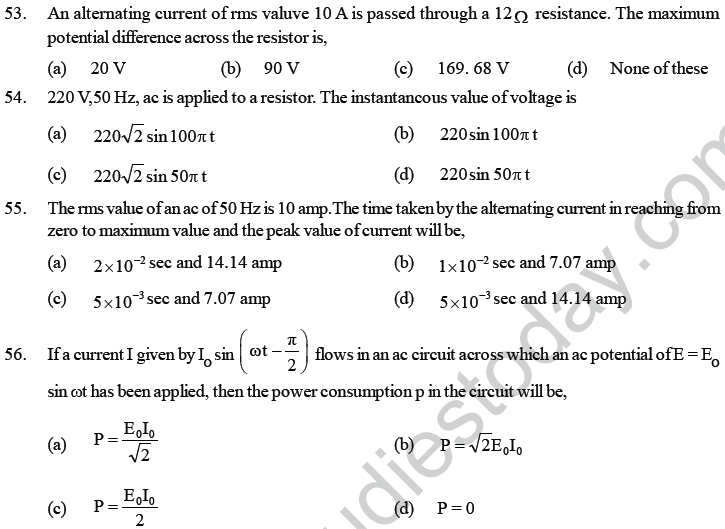 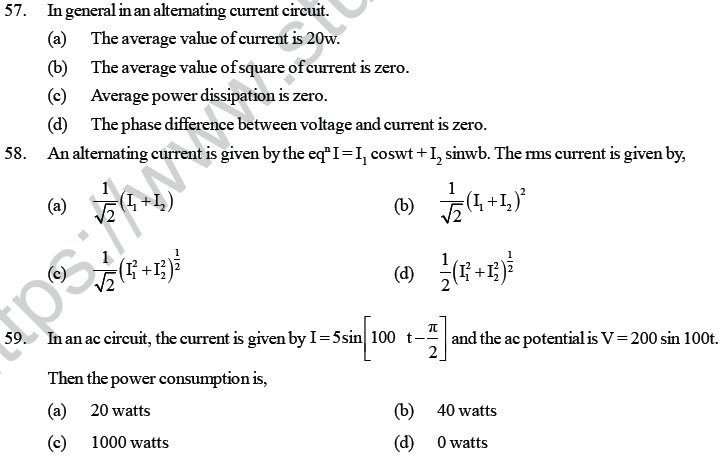 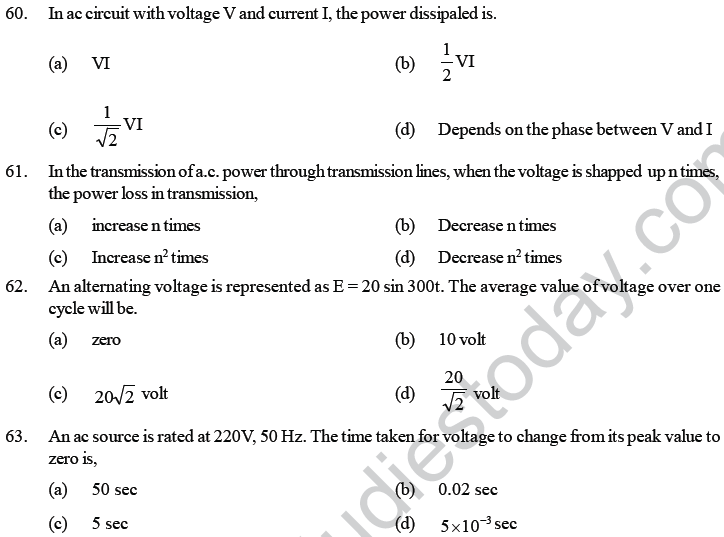 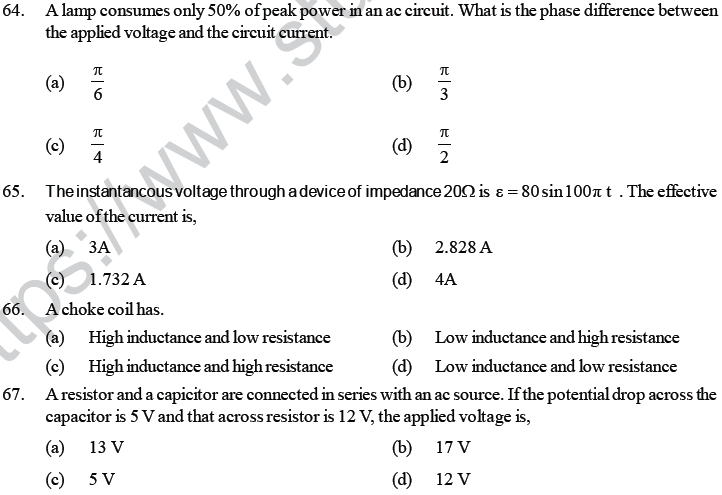 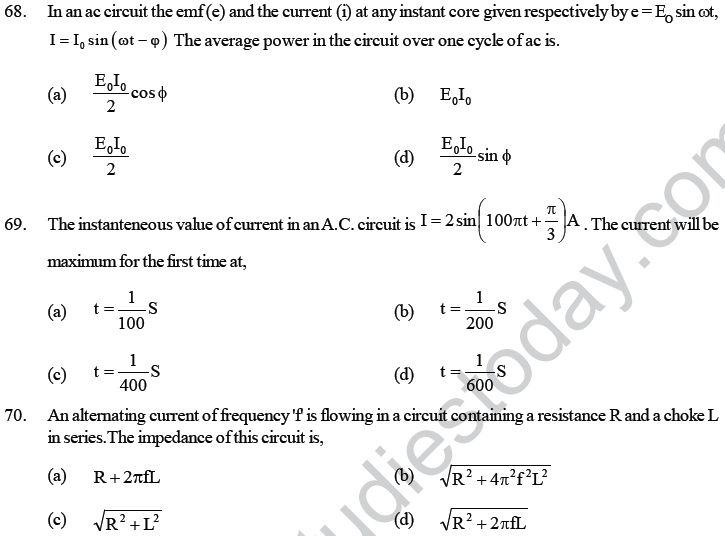 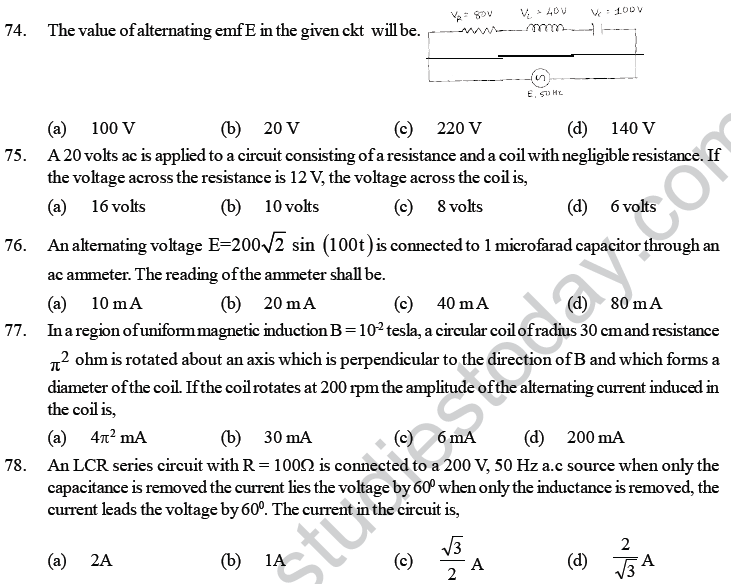 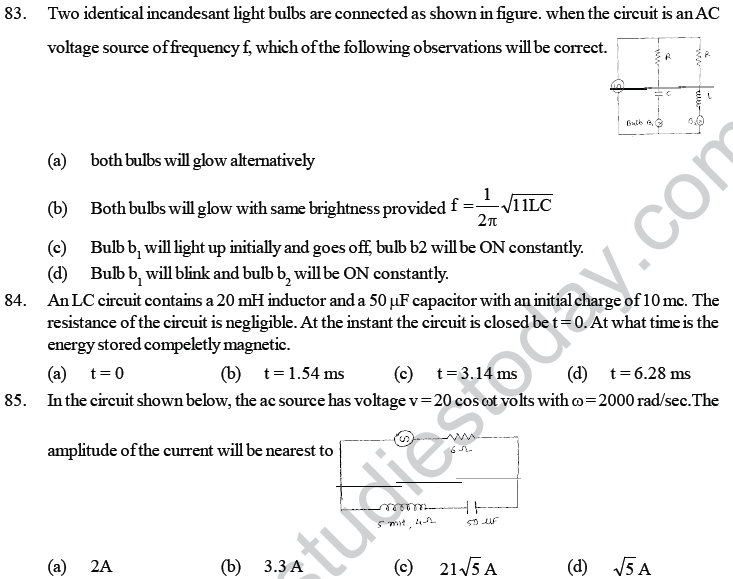 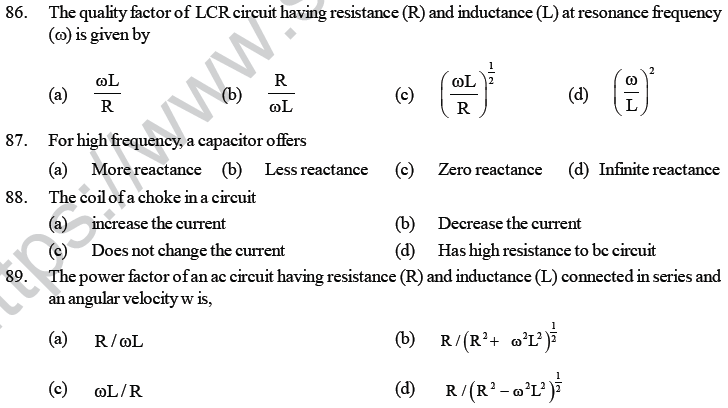 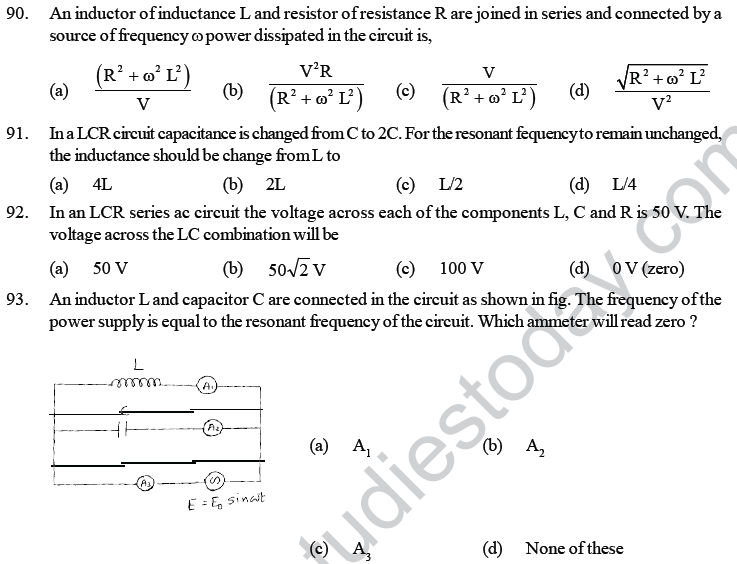 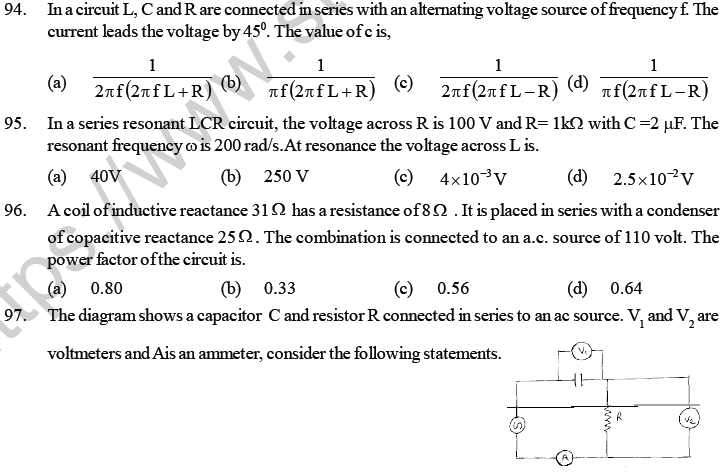 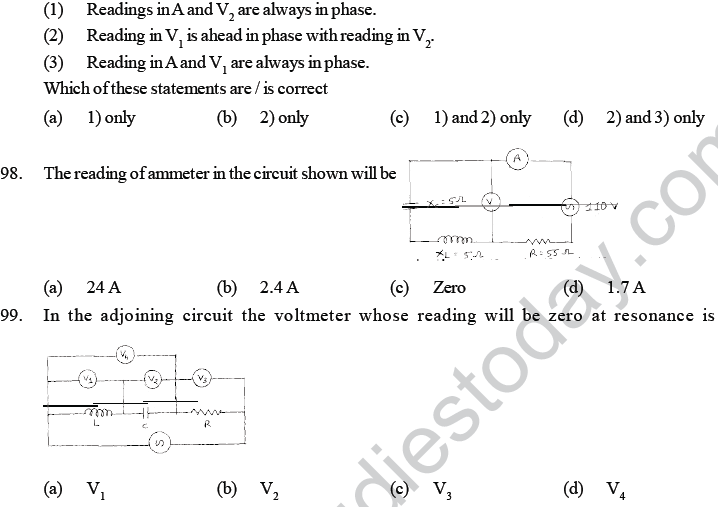 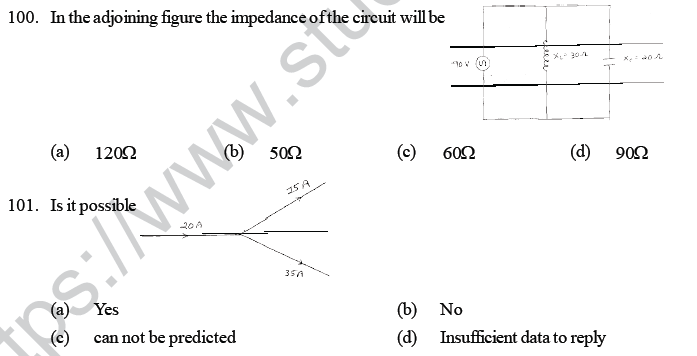 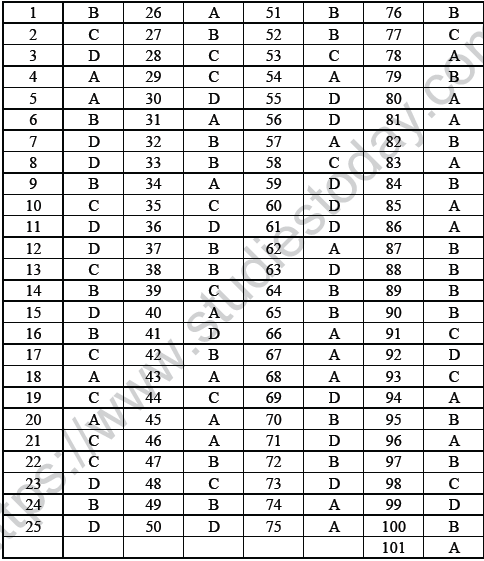