a) Locate the following places in the supplied outline map of the world.

b) Identify the following features shown in the map. 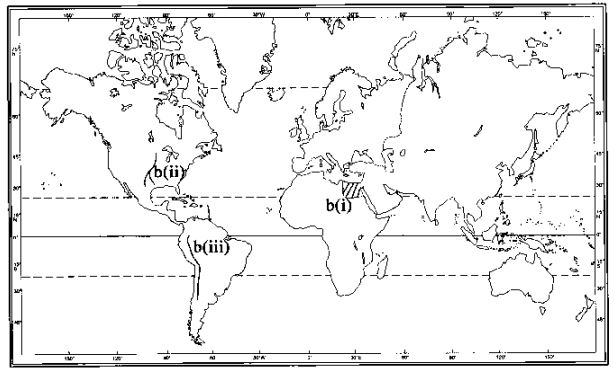 i. What is Alpana?

a) miniature painting b) a totem

ii. Which of the following ruler built a fort at Deeg?

iii. Which organization did play a leading role in winning the Right to Information Act?

c) Mukti mission d) All of these

iv. Which of the following reduce price by involving fewer middlemen?

a) Wholesaling b) Retailing

v. What is “Khabar Laharia”?

a) T.V channel b) Newspaper

vi. Which of the following place was known for ship building industry in medieval India?

a) Bharuch b) Surat

vii . The rhea, ostrich and emu are

a) Flightless birds b) snakes

i) What is the chief function of a river in its upper course?

ii) Who compiled the Adigranth?

v) Where is the source of R. Amazon ?

Q.5 Change the underlined word and rewrite the sentences correctly. (4)

i) Farmer is an example of intermediaries.

iii) Coal is mined in Kimberly and Pretoria in High Veld.

iv) Wheat is the chief food crop in the Amazon basin. 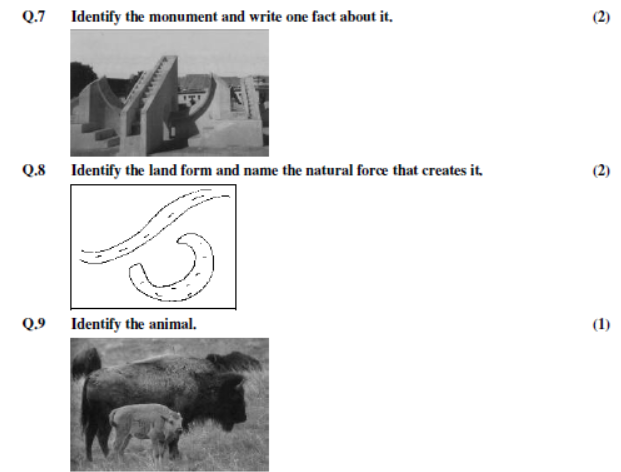 Q.10 Distinguish between the following in two points.

i) Saguna and Nirguna bhakti.

iv) Soil of Veld and Prairies.

Q.11 Give reasons for the following facts. (ANY THREE)

i) Bankers and moneylenders became powerful in Bengal and Awadh.

iii) There was a rapid urban growth around the temples.

Q.12 Answer the following questions in short (ANY SIX).

i) Write a short note on Kabir.

ii) How did the nobles cause problems for the later Mughals?

iii) Write briefly about the port city of Surat.

v) How is delta formed?

vi) What are the chief landforms of Sahara?

vii) Write any three principles that are included in codes of media ethics.

i) Who were Banjaras? What economic role did they play?

ii) In which year the Third Battle of Panipat was fought? Write the main causes of Maratha’s failure in this battle.

iii) When and where did bhakti movement begin? Write three ways in which social changes took place in medieval India.

iv) How did the bhakti movement influence the kathak dance? What were the developments took place in it after it was introduced in royal court?

ii) What ill effects will the destruction of Amazon forest cause?

iii) What are intermediaries? What are their functions in a market? 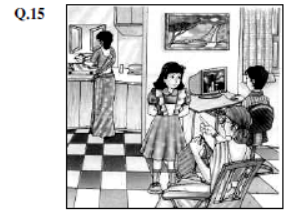 There is a lot of difference between sex and gender. The two are not the same.

Yet sometimes, we try to equate the two. Sex refers to the biological and physiological characteristics of men and women. These are the natural differences over which we have no control or role to play. Gender refers to the socially constructed roles played by boys and girls, their behaviours, activities, and attributes. Because of socially constructed roles, being a boy or a girl is an important part of one’s identity. It is because the society teaches us what kind of behaviour is expected from a boy or from a girl. Usually the role played by women is less valued than man.

i) What is the difference between ‘sex’ and ‘gender’?

ii) How does the society create difference between the genders?

iii) Do you think women play a less important role in the society? Give reason for your answer.