Download printable Other Subjects Class 11 Worksheets in pdf format, CBSE Class 11 Entrepreneurship Concept And Functions Worksheet Set B has been prepared as per the latest syllabus and exam pattern issued by CBSE, NCERT and KVS. Also download free pdf Other Subjects Class 11 Assignments and practice them daily to get better marks in tests and exams for Grade 11. Free chapter wise worksheets with answers have been designed by Standard 11 teachers as per latest examination pattern

Class 11 Other Subjects students should refer to the following printable worksheet in Pdf for Entrepreneurship Concept And Functions in Grade 11. This test paper with questions and solutions for Standard 11 Other Subjects will be very useful for tests and exams and help you to score better marks

Class 11 Other Subjects Worksheet for Entrepreneurship Concept And Functions

1 Who is an Entrepreneur according to Joseph Schumpeter?

3 Why is Mahima Mehra considered as an entrepreneur 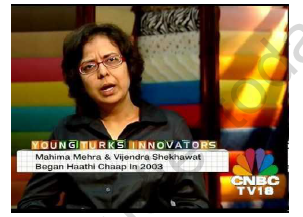 4 I –pod, Smart Phones, Induction cook, ATMs, ready to eat foods represent the most important feature of an entrepreneur. Identify the feature

5 When Narayan Murthy started Infosys in 1981, he had no capital and his wife Sudha Murthy gave him Rs.10, 0000, which she had saved for a rainy day. Identify the myth of entrepreneurship referred here?

2 Mahima Mehra started Hathi Chaap. It was totally a new venture where different raw materials were tried out to make handmade paper. After researching a lot, they found that elephant dung had more fibre content which made it easy to make handmade paper. This entrepreneur is an example to contradict the normal myth that exists in entrepreneurship.
Identify the myth and exaplain

3 Innovation is the hallmark of Entrepreneurship.” Why is ‘innovation’ referred as the basic function of an entrepreneur

1 Karan wants to start a textile unit near Gurgaon. Discuss the commercial functions which he will require to plan and perform for the same 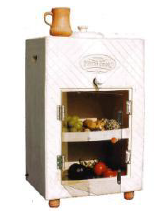 Mansukhbhai Prajapati remoulded his family‘s struggling pottery business to produce the Mitticool range of ingenious earthenware, including a fridge that works without electricity. Reporting on the devastation and thousands of lives lost during the 2001 earthquake in Gujarat, local newspapers had this intriguing headline describing the havoc wreaked at a potters‘ colony: Garibonna fridge no bhookon‘ (pieces of the poor people‟s fridge). Among the debris were the shards of hundreds of broken clay pitchers. That headline proved to be a game-changer for Wakaner- based potter, Mansukhbhai Prajapati, who literally picked up the pieces to begin afresh on a remarkably innovative idea — the Mitticool refrigerator, which is made of mud/clay and works without electricity.

A lot of rigorous experimentation went into his work on the Mitticool refrigerator, which he launched in 2002. It takes about seven days to make one Mitticool fridge. The special terracotta clay used is baked at 1,200 degree Celsius to harden it. Like any clay pot used to cool water, the fridge too works by keeping the inside temperature 10 degrees lower than the outside. Although his father-in-law desired him to continue working at the roof-tilecompany, Prajapati‘s wife encouraged him to experiment with the family business all over again.

Identify the disadvantages that Prajapati faced in his journey as an Entrepreneur.

3 Why entrepreneurs are called ‘agents of progresses’ for a nation? What role do they play in the Nation’s development?

IV Answer each of these questions in about two hundred and fifty words: (6 Marks)

1 Starting a venture is not an easy task. A series of activities need to be planned and undertaken to create an enterprise. Discuss them briefly.

2 Karsan Bhai Patel, the creator of Nirma Washing Powder, who was working as a factory chemist in Gujarat Mineral Development Corporation, started making detergent powder in his kitchen for poor rural women of Gujarat and selling his product by visiting different villages. His efforts culminated in the whitish yellow detergent powder named Nirma. The idea behind was need and the problem of the society that could not afford other brands of detergent powders because of their high cost. Today, Nirma is one of the world‟s biggest detergent powder manufacturer. The brand sells over 8 lakh tonnes annually. It holds 40% of the Indian market, with a turnover of more than Rs. 2500/- crores. This is creative effort and risk taking ability of a person who turned out to be an entrepreneur. The strength of being capable is the plus point in an entrepreneur.

As a manager, Mr. Patel needs to do a certain managerial functions. Explain them.

Download Free printable worksheets for Class 11 Other Subjects designed by expert teachers for all important chapters and topics and is available for free...
More..

Get latest syllabus for Class 11 Other Subjects issued by CBSE and NCERT for 2022. Download latest curriculum with important topics, chapter weightage, topic...
More..

Download free Printable Worksheets, test papers with questions and answers for Class 11 Other Subjects for all important topics and chapters as per CBSE, NCERT...
More..