Name two groups in which Mughal nobility was divided?

Where did Banda Bahadur establish the Sikh rule?

Name some Maratha Chiefs, who became powerful in their area?

Name the capital of Marathas in the 18 century?

Who led the Marathas after the death of Shivaji? 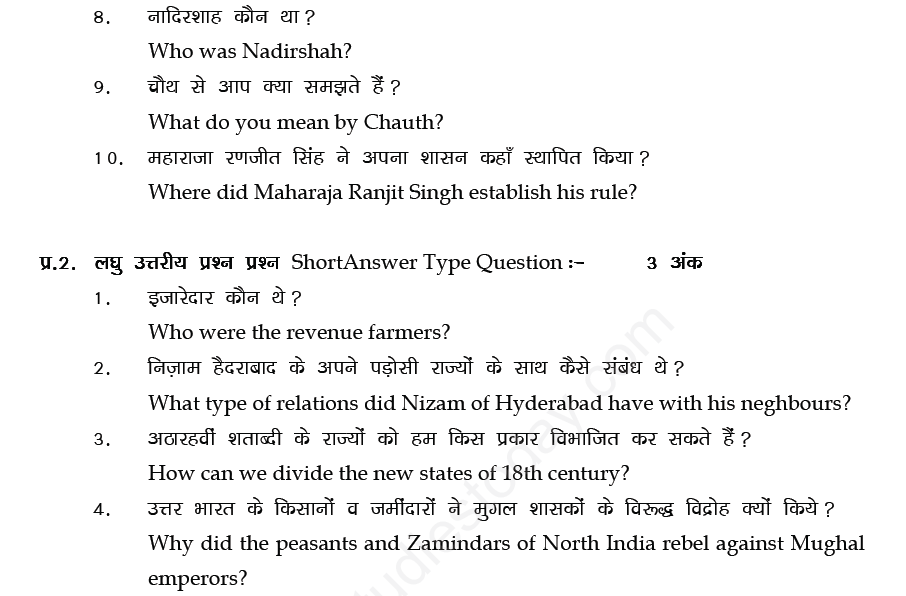