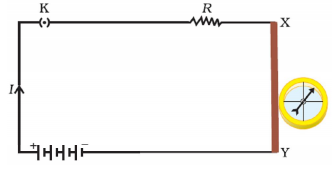 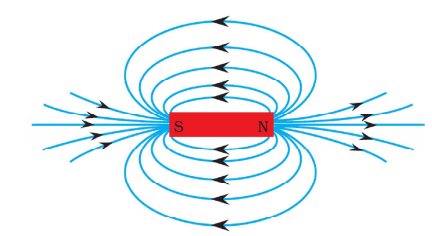 INTEXT QUESTIONS PAGE NO. 224
1. Why does a compass needle get deflected when brought near a bar magnet?
Ans. A compass gets deflected due to the forces acting on its poles due to the magnetic
field of the bar magnet.
MAGNETIC FIELD DUE TO A CURRENT THROUGH A STRAIGHT CONDUCTOR
The magnetic field lines around a straight conductor carrying current are concentric circles
whose centres lies on the wire.
The magnitude of magnetic field produced by a straight current carrying wire at a point-
directly proportional to current passing in the wire.
inversely proportional to the distance of that point from the wire. 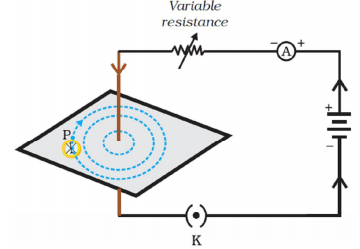 Download Worksheets for Class 10 Physics made for all important topics and is available for free download in pdf, chapter wise assignments or booklet with...
More..