1.What did Mr Petronski’s letter say?

Mr Pertronski’s letter said that Wanda would not come to school anymore as they were shifting to another city. He also said that there, nobody would ask them why they had funny names because there were plenty of funny names in the city.

2. Is Miss Mason angry with the class, or is she unhappy and upset?

Yes, Miss Mason was unhappy and upset as she was was disturbed by the ill treatment to Wanda by the students of her class. She didn't approve of the humiliation of a child just because of her name, dresses and house.

3. How does Maddie feel after listening to the note from Wanda’s father?

After listening to the note from Wanda’s father, Maddie had a very sick and guilty feeling in the bottom of her stomach. She could not concentrate when she tried to prepare her lessons. She had not enjoyed listening to Peggy ask Wanda how many dresses she had in her closet.

Maddie wanted to tell Wanda that she didn't want to hurt her feelings.

1. What excuses does Peggy think up for her behaviour? Why?

Peggy thought that she was satisfied that she never called Wanda a foreigner or made fun of her name. She also said that she never thought Wanda had even the sense to know that they were making fun of her. She realised her mistake of thinking that Wanda was not bright enough to understand her insult.

2. What are Maddie’s thoughts as they go to Boggins Heights?

Maddie is feeling bad about Wanda and herself. She is feeling very sad for not even getting a chance to say sorry to Wanda.

3. Why does Wanda’s house remind Maddie of Wanda’s blue dress?

Oral Comprehension Check
4. What does Maddie think hard about? What important decision does she come to?
Answer
Wanda thinks about not letting injustice happen to anyone. She makes vow that she would protest if anybody misbehaves with anybody. She won’t be a mute spectator the way she did earlier. In a way the episode of Wanda’s family leaving that city works as major change agent for Maddie’s personality.
Oral Comprehension Check
1. What did the girls write to Wanda?
Answer
The girls wrote a friendly letter to Wanda telling her that she had won the contest. They also wrote how pretty her drawings were. They asked her if she liked the place where she was living and if she liked her new teacher. They wanted to say that they were sorry. However, they ended up with just writing a friendly letter. They signed it with lots of X’s for love.
2. Did they get a reply? Who was more anxious for a reply, Peggy or Maddie? How do you know?

No, they did not get a reply. Maddie was more anxious for a reply as she thought a lot about it. She would put herself to sleep making speeches about Wanda and defending her from great crowds of girls who were trying to tease her. Before Wanda could press her lips together in a tight line, which she did before answering, Maddie would cry out and ask everybody to stop and then, everybody would feel ashamed the way she felt. Peggy, on the other hand, had begun to forget about the whole affair. This shows that Maddie was more anxious for a reply than Peggy.

3. How did the girls know that Wanda liked them even though they had teased her?

Thinking about the Text

1. Why do you think Wanda’s family moved to a different city? Do you think life there was going to be different for their family?

Wanda family moved to different city because of her father felt bad about the bad behaviour of girls towards Wanda.

2. Maddie thought her silence was as bad as Peggy’s teasing. Was she right?

Yes, Maddie was right when she thought that her silence was as bad as Peggy’s teasing because her silence encouraged Peggy to tease her. A person who sees something wrong happening in front of him/her is as much an offender as the person committing the offence. Maddie was too afraid to say anything because she did not want to lose Peggy’s friendship. Also, she was poor herself, so she feared that everybody would make fun of her too.

3. Peggy says, “I never thought she had the sense to know we were making fun of her anyway. I thought she was too dumb. And gee, look how she can draw!” What led Peggy to believe that Wanda was dumb? Did she change her opinion later?

Peggy believed that Wanda was dumb as she could not understand why Wanda said she had a hundred dresses, even when everybody knew that she was poor. She knew everybody was laughing at her. Even then, she kept giving the same answer. She even described the dresses she said she had. That is why Peggy thought Wanda was dumb. She changed her opinion later when she saw the hundred dresses Wanda had talked about. She saw the drawings and was highly impressed by their beauty. She realized that Wanda was a very good artist.

4. What important decision did Maddie make? Why did she have to think hard to do so?

The important decision that Maddie made was that she would never stand by and say nothing again. If she ever heard anybody picking on someone because they were funny-looking or because they had strange names, she would speak up. She did not even mind losing Peggy’s friendship over it. She knew she could not make things right with Wanda. However, she had decided that in the future, she would never make anybody else unhappy again.
She was unhappy that she could not find Wanda at her home. She could not sleep that night. She thought about Wanda, her faded blue dress, and the little house she lived in. She also thought about the hundred glowing pictures, which were all lined up in the classroom. She was feeling guilty of not having said anything when everybody else was teasing Wanda. It was her guilt that made her think very hard and arrive at the important decision.

5. Why do you think Wanda gave Maddie and Peggy the drawings of the dresses? Why are they surprised?

Wanda gave Maddie and Peggy the drawings of dresses because they made fun of her hundred dresses. They believe her to be a liar. They were surprised because they always made fun of here dresses and insulted her, but she had gifted them with those beautiful designs.

6. Do you think Wanda really thought the girls were teasing her? Why or why not?

Yes, Wanda knew that girls were teasing her She would have known that the children intended to make fun of her poverty, and would have laughed at her whatever she might have said. This could have been the reason for her exaggerating everything whenever she answered their questions.

Thinking about the Language

I. Here are thirty adjectives describing human qualities. Discuss them with your partner and put them in the two word webs (given below) according to whether you think they show positive or negative qualities. You can consult a dictionary if you are not sure of the meanings of some of the words. You may also add to the list the positive or negative ‘pair’ of a given words. 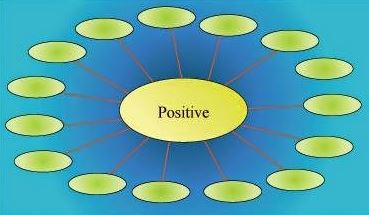 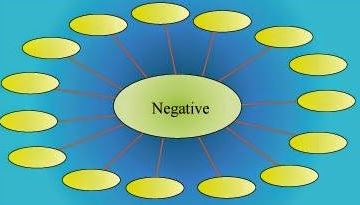 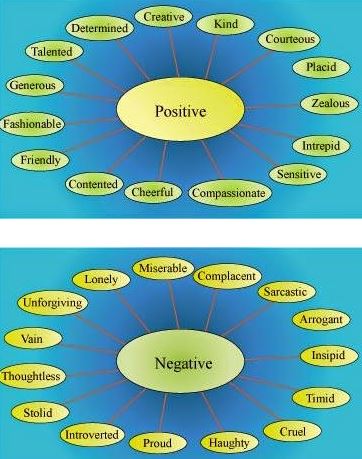 II. What adjectives can we use to describe Peggy, Wanda and Maddie? You can choose adjectives from the list above. You can also add some of your own.

III.
1.Find the sentences in the story with the following phrasal verbs.

(i) lined up
And she thought of the glowing picture those hundred dresses made − all lined up in the classroom.
(ii) thought up
Peggy, who had thought up this game, and Maddie, her inseparable friend, were always the last to leave.
(iii) took off − Miss Mason took off her glasses, blew on them and wiped them on her soft white handkerchief.
(ivi) stood by − She had stood by silently, and that was just as bad as what Peggy had done.

IV. Colours are used to describe feelings, moods and emotions. Match the following ‘colour expressions’ with a suggested paraphrase.