Balanced Forces The net force is when two or more forces are applied on the same object and at the same time. The applied forces combined are called the net force. = 0 25 N 25 N Balanced Forces The force I apply in one direction plus the force you apply in the opposite direction are added together. 25 N -25 N = 0 Because the forces are equal and balanced…just like a balanced scale…this is an example of balanced forces. Unbalanced Forces What does it mean to have something unbalanced? Unequal, not the same, different How could we have unbalanced forces? 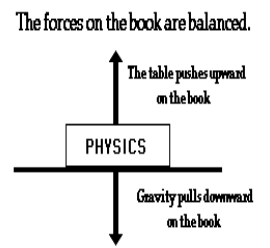 1. An object of 5 kg is acted upon by two forces, 70 N each in opposite directions. What is its acceleration?

2. Why does an object accelerate during free fall?

Mathematical symbols provide a convenient shorthand for all of this: