e.g(d2y/d2x)3+sin(dy/dx) = 0 here order is 2 but this differential equation can’t be written in the form of polynomial in differential coefficient Hence its degree not defined.

VARIABLE SEPARABLE FORM If in the equation, it is possible to get all terms containing x and dx to one side and all the terms containing y and dy to the other, the variables are said to be separable,

Procedure to solve:
Consider the equation dy/dx= X.Y, where X is a function of x only and Y is function of y only.
(i) Put the equation in the form 1/Y ,dy=X.dx.
(ii) Integrating both the sides we get

Linear Differential Equation: A first-order linear differential equation can be written in the form dy/dx+PY=Q) 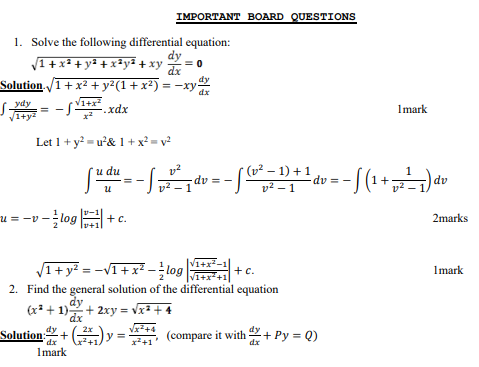 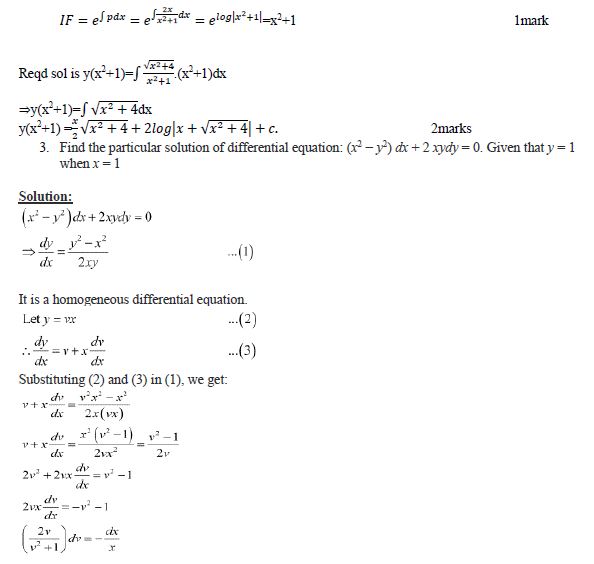 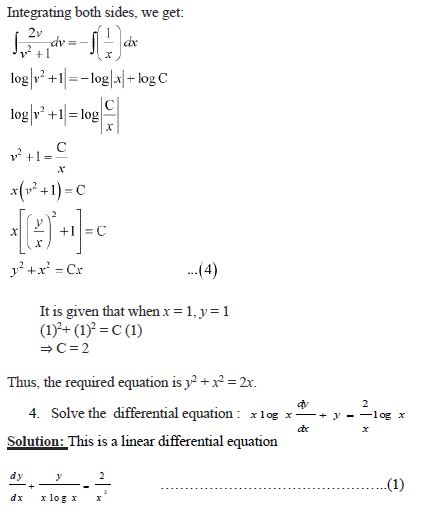 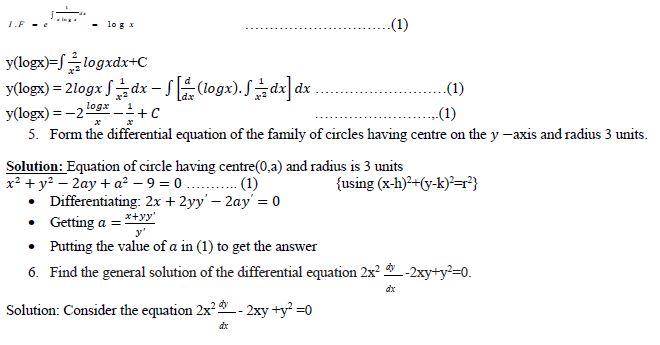 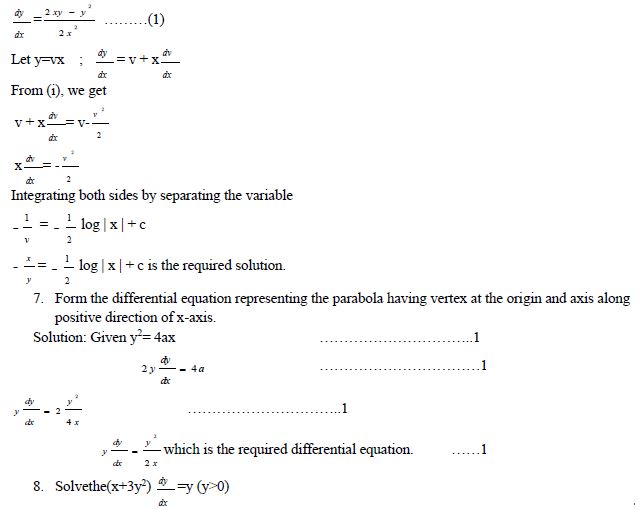 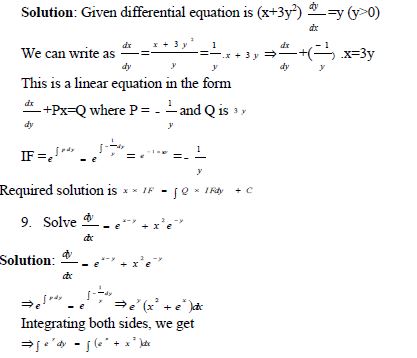 Download Worksheets for Class 12 Differentials Equation made for all important topics and is available for free download in pdf, chapter wise assignments or...
More..

Download Printable Worksheets, test papers for Class 12 Mathematics Differentials Equation with questions answers for all topics and chapters as per CBSE,...
More..