CBSE Basic Concepts for Class 11 English -Text Books .Revision worksheets, Sample papers, Question banks and easy to learn study notes for all classes and subjects based on CBSE and NCERT guidelines. Students and parents can download free a collection of all study material issued by various best schools in India. The study material has been carefully compiled by the best teachers in India. The students should practice the questions database to get better marks in examination. Please refer to other links for free download of high quality study material. Based on CBSE and NCERT guidelines. Based on the same pattern as released by CBSE every year. Study material for final/ term/ SA1/ SA2 Examinations conducted by various schools affiliated to Central Board of Secondary Education (CBSE) in India and abroad. CBSE Study material has been compiled to help students preparation which will helps the students to concentrate more in areas which carry more marks. 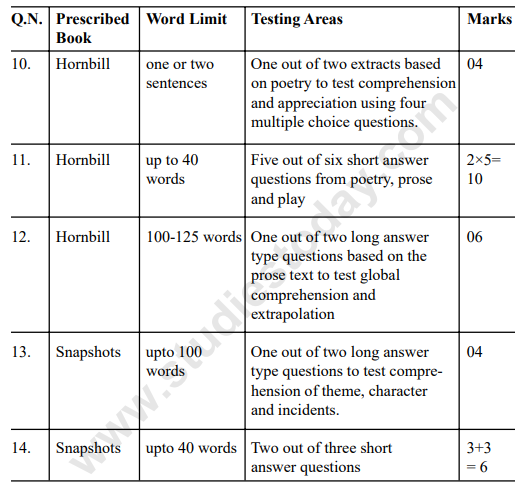 1. The Portrait of a Lady - Khushwant Singh Gist of the lesson -

Khushwant Singh is one of the prominent Indian writers and columnists. He has written on various themes and issues. In this lesson he gives a detailed account of his grandmother who had a long association with him. The old, stout, short and a little bent grand mother is clad in white clothes and keeps on telling beads of her rosary. During their long stay in village, the grand mother used to wake up the narrator in the morning and accompanied him to school. She took care of all small things and continued her regular prayers and reading of scriptures. On the way back home she fed stray dogs with stale chapatis. Shifting to city home was a turning point as it increased distances in their relationship. Now, the author was going to a city school and studying all modern day subjects. The grand mother was not able to help the author in his studies and she felt disturbed as there was no teaching of God and scriptures. The grand mother devoted her time in praying, spinning and feeding sparrows. She did not get disturbed when the author was leaving for abroad and saw him off maintaining her peace and calm. Seeing her old age, the narrator thought that that could be his last meeting with his affectionate grandmother. But, contrary to his thinking after a span of five years the grandmother was there to receive him. She celebrated her grandson’s home coming in an ususual way by beating a drum and singing. She had a peaceful end and every one including sparrows got aggrieved at the demise of a bold, religious, practical, responsible and loving person.

If we can all be together.

It is description of a sea adventure experienced by the narrator and his family. The narrator, his wife mary, son Jonathan and daughter Suzanne were accompanied by two experienced sailors - American Lerry vigil and Swiss Herb Seigler. In July 1976 they set sail from plymouth, England in Wave Walker, a specially built boat. The first part of the journey was pleasant and everything went on smoothly up to Cape Town. Unfriendly weather and gigantic waves of Southern Indian Ocean compelled the sailors to slow their speed, drop storm jib and take other

precautions. The danger was so implicit that the sailors completed liferaft drill and attached life lines and life jackets. On 2 January 1977 a giant wave hit wavewalker and caused much damage to it. The sailors got injured and the narrator was thrown overboard but he managed to get hold of wave walker’s guard rails. Inspite of his multiple injuries, he took hold of the wheel. In an atmosphere of fear and panic mary took charge of the wheel whereas larry and Herb started pumping out water. The narrator managed to stretch and cover convas across the gaps to prevent water from entering the ship. Their hand pumps stopped working and electric pumps short-circuited. They were distressed and busy in pumping, steering, repairing and radio signalling. They studied charts and calculatively decided to reach a nearby island. They all were  too busy in rescue work and did not take any meal for two days. Children were injured too but they did not draw attention of their parents and just allowed them to save Wavewalker. The children said that they were not afraid to die if they could all be together. The narrator became more determined and strong seeing children’s courage. Finally they reached. Ile Amsterdem, a volcanic island where they were welcomed by 28 inhabitants. Thus, the collective strength and never failing optimism of the sailors made it possible to come out of the jaws of death. Though, Jonathan and Suzanne did not do anything to save Wavewalker but their courage, forebearance, faith and optimism gave extra strength and persistence to the narrator and his team.

A powerful dynasty ruled Egypt. Tut the last king of this dynasty died When he was just a teenager but the cause of his death was not known. That tomb was discovered in 1922 and investigation was done on 5 January, 2005. Some people opposed the investigation and thought that it would disturb pharaoh’s peace. That was buried with gold arte facts and every day things like board games, bronze razor, lines garments, cases of food and wine. Howard carter faced tough time in removing Tut’s mummy from the solid gold coffin. The ritual resins could not be removed with Sun heat and carter had to chisel it away to raise the kings remains. In 1968 an anatomy professor revealed that Tut’s breast bone and front ribs were missing. Amenhotep IV promoted the ‘Aten’, the sun disk and moved his capital from Thebes to Akhenaten. He smashed the images of Amun and closed its temples. During his short reign of 9 years. Tut’s restored the old God and traditional ways. After scanning and Xraying Tut’s mummy, it was placed back in his tomb. Zahi Hawaas, the secretary general of Egypt’s council of Antiquities was relieved to know that nothing wrong had gone with their popular child king.