The Central Board of Secondary Education (CBSE) has postponed today's Class X board examinations in violence-hit northeast Delhi after a government request. The deferred exams include two in English Literature for standard X. There are in total 86 affected centres in northeast Delhi.

"Schools in violence-affected Northeast Delhi will remain closed tomorrow. Internal exams have been postponed. CBSE is also requested to postpone tomorrow's board exam," Manish Sisodia tweeted in Hindi on Tuesday. 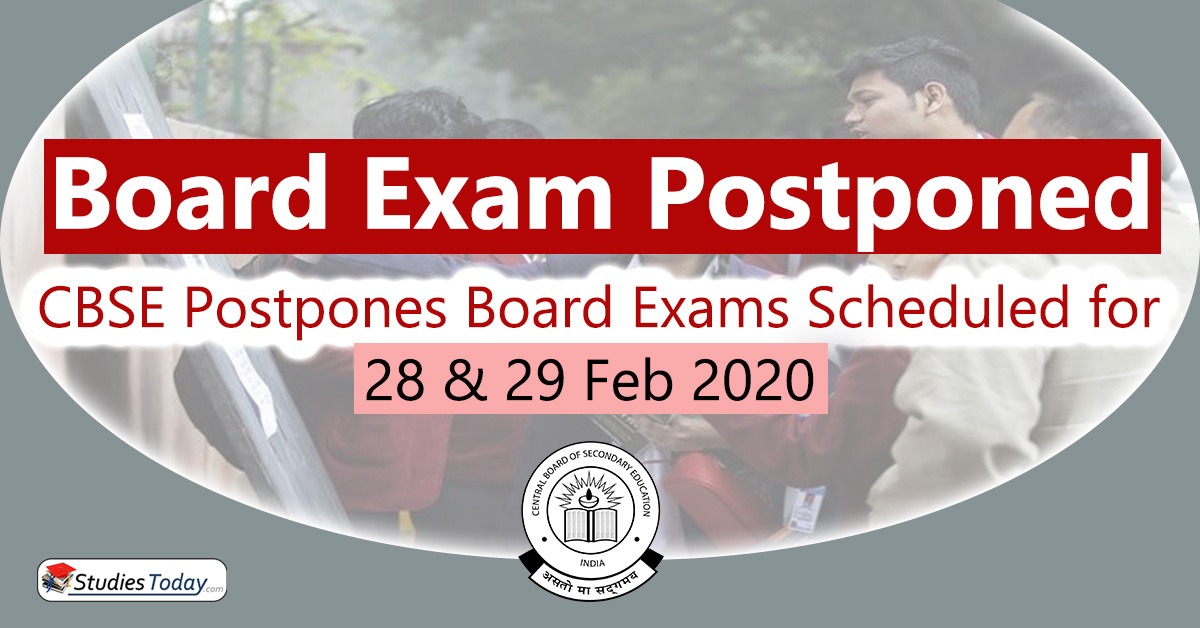 Defacement of public or private property and stone-throwing has hit the Capital of New Delhi's northeast area real hard for more than 24 hours. This has resulted in 13 lives so far, including that of a police official. More than a hundred have been injured of which 70 injured have gunshot wounds on their body. A huge wave of smoke was seen in the air as shops and cars were set on fire and unruly crowd roamed the streets of many localities including Bhajanpura, Chand Bagh and Karawal Nagar.

Over 6,000 police and paramilitary personnel have been deployed to control the abnormal violence situation in the national capital of India. Police was left with no choice to use tear gas shells in Chand Bagh to control the un-paralleled riots.

However, as per the information given by the CBSE in a press release, board examinations in rest of the parts of Delhi were conducted as per the predefined scheduled.

Union Minister of State for Home Affairs G Kishan Reddy said the violence in the national capital appears to have been "orchestrated" by some for publicity as it comes at a time when US President Donald Trump is visiting the country.

CBSE's decision comes after the Delhi High Court expressed that the safety of children cannot be put at risk and asked the board to decide as soon as possible on rescheduling board exam at one of the centres in northeast Delhi. Whereas, students highlighted their discomfort in reaching the examination centre due to clashes over the new citizenship law.

During the hearing, Justice Rajiv Shakdher told the CBSE that students should not be informed about the schedule on an unsystematic basis. “You cannot decide only for tomorrow or day after. Take a call for the next 10 to 15 days. The children need to know. They cannot wait each day for the next day,” said the judge, according to a report by the Press Trust of India.

In his final order, the judge noted that CBSE regional office deputy secretary L.L. Meena had informed the court that the board would “take a decision concerning examinations slated to be held on 27.2.2020, 28.2.2020 and 29.2.2020 qua grade X and grade XII by 5.00 pm today.” Class X students have their Hindi examination on Saturday, apart from a number of vocational and elective subjects.