Sound can travel through

Answer: The correct option is (d).

2. Which of the following voices is likely to have minimum frequency?

Answer: The correct option is (c).

Explanation: The pitch of an adult man is lower as compared to baby boy, baby girl and woman. Also, frequency of a sound is directly proportional to its pitch. Hence, man’s voice is of minimum frequency in this case.

(b) The number of oscillations per second of a vibrating object is called its time period. (T/F)

(c) If the amplitude of vibration is large, sound is feeble. (T/F)

(e) The lower the frequency of vibration, the higher is the pitch. (T/F)

(a) Sound cannot travel in vacuum. (T)
Explanation: Sound travels in the presence of a medium.

(b) The number of oscillations per second of a vibrating object is called its time period. (F)

Explanation: The number of oscillations per second of a vibrating object is known as its frequency.

(c) If the amplitude of vibration is large, sound is feeble. (F)

(e) The lower the frequency of vibration, the higher is the pitch. (F)

Explanation: The pitch of a sound is proportional to its frequency.

(f) Unwanted or unpleasant sound is termed as music. (F)

Explanation: Unwanted or unpleasant sounds are known as noise.

Explanation: When a loud and unpleasant sound is produced continuously for a long time, then it may affect temporarily our hearing impairment.

4. Fill in the blanks with suitable words.

(a) Time taken by an object to complete one oscillation is called _____.

(b) Loudness is determined by the ____ of vibration.

(e) Shrillness of a sound is determined by the ______of vibration.

(a) Time taken by an object to complete one oscillation is called time period.

(b) Loudness is determined by the amplitude of vibration.

(c) The unit of frequency is hertz (Hz).

(e) Shrillness of a sound is determined by the frequency of vibration.

5. A pendulum oscillates 40 times in 4 seconds. Find its time period and frequency.

Given, Number of oscillations = 40

The number of oscillations per second is called frequency.

6. The sound from a mosquito is produced when it vibrates its wings at an average rate of 500 vibrations per secon What is the time period of the vibration?

Given, Frequency of sound produced by mosquito = 500 vibration per second = 500 Hz

On putting the given value,

7. Identify the part which vibrates to produce sound in the following instruments.

(b) Sitar: It is also a musical instrument which consists of stretched strings. When a string is plucked, it sets into vibration. Hence, the sitar produces sound when it is beaten.

(c) Flute: It is a hollow pipe. When air is blown over its mouth, the air inside the pipe is set into vibration. Thus, a pleasant sound is produced.

8. What is the difference between noise and music? Can music become noise sometimes?

Answer: Music: The sound which seems pleasant to ear is called music. For example, the sound produced by violins, pianos, flutes, etc.

Noise: The sound which seems unpleasant to ear is called noise. For example, sound produced by horns of buses and trucks, sound of electrical generators, sound of a gunshot, etc.

Yes. When music is played at very high volume, it becomes noisy.

Answer: The sources of some noise pollution are as follows:

(i) Horns of vehicles

10. Explain in what way noise pollution is harmful to humans.

11. Your parents are going to buy a house. They have been offered one on the roadside and another three lanes away from the roadside. Which house would you suggest your parents should buy? Explain your answer.

Answer: There will be more noise around the house which is located along the roadside. The effect of noise decreases with the distance between the source and the listener. Thus, it is better to choose the house that is three lanes away from the roadside.

12. Sketch larynx and explain its function in your own words. 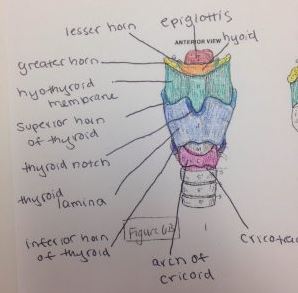 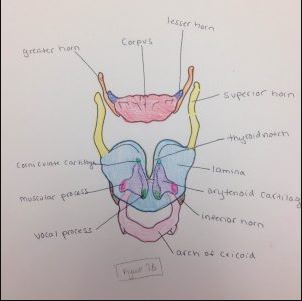 In human beings, sound is produced by the voice box or larynx, which is at the upper end of the windpipe. Two vocal cords are stretched across the larynx. These vocal cords leave a narrow slit between them for the passage of air. The air from the lungs passes through the slit due to which vocal cords starts vibrating. As we know that vibration of an object is the necessary condition for the production of sound, so the sound is produced due to vibrations of the vocal cords. Muscles attached to the vocal cords can make the cords tight or loose and can change the type or quality of the voice produced.

Answer: The speed of light is more than the speed of sound. Therefore, light reaches us before thundering.