Chapter 4–in the earliest cities

Question 1.How do archaeologists know that cloth was used in the Harappan civilisation? 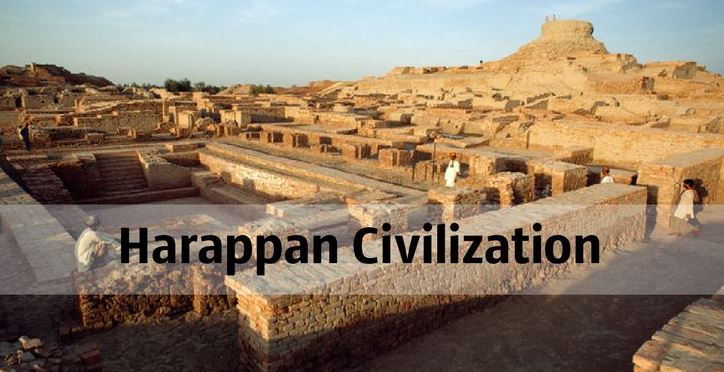 Question 3.Why were metals, writing, the wheel, and the plough important for the Harappans?

Answer: Metals, writing, the wheel and the plough were important for the Harappans in many ways. Metals were used for making various tools, utensils, jewelry and seals. Writing was useful for maintaining the records; related to trade and for various other purposes. The wheel was used in carts to ferry people and goods. Wheel was also used as potter’s wheel. Plough was used for tilling the land so that farming could be done

Question 4.Make a list of all the terracotta toys shown in the lesson.Which do you think children would have enjoyed playing with the most?

Answer: Animal figures, model cart and plough are some of the terracotta toys mentioned in this lesson. I think, children would have liked playing with the model cart the most. Even today; most of the children enjoy playing with toy cars.

Question 5.Make a list of what the Harappans ate, and put a tick mark against the things you eat today.

CBSE Board Exams to be executed as per normal schedule

The Central Board of Secondary Education (CBSE) announced on Saturday, the 29th of February’2020 that the Board examinations for standard X and XII will be executed according to the decided schedule from 2nd March’2020 onwards. This announcement also includes the areas...

CBSE has announced a significant change in the CBSE 10th and 12th mark sheet of the results to be given to the students. The CBSE board also decided to end the use of the words “failed” or “compartmental” given to students in the CBSE Board Report 2020 mark sheet....

Some of the schools in Noida have decided to shut for 3 Days because father of two students in Noida was traced to be infected with the contagious Coronavirus. The internal exams have also been cancelled in those schools after the virus alarm. A 45 year old male who is...

CBSE chairman Anita karwal wrote a motivational letter to board candidates before the CBSE board Exam The CBSE (Central Board of Secondary Education) class 10th and 12th board exams are starting from 15 February 2020. Not only the students, their parents are also tense...

This year the Central Board of Secondary Education (CBSE) made some important changes to the Class 12 exam pattern. Students should be aware of every minute detail of the modified exam pattern, from adding the internal exam in all subjects to changing the format of...