(i) Which one of the following earthquake waves is more destructive?

(ii) Which one of the following is a direct source of information about the interior of the earth?

(iv) Which one of the following describes the lithosphere?

Answer: (b) crust and upper mantle

2. Answer the following questions in about 30 words

(i) What are body waves?

Answer: Body waves are those earthquake waves, which are generated due to release of energy at the focus and move in all directions travelling through the body of the earth.

(ii) Name the direct sources of information about the interior of the earth.

Answer: Rocks obtained from mining areas and materials obtained from volcanic eruption are the direct sources of information about the interior of the earth.

Answer: A seismic shadow zone is an area of the Earth's surface where seismographs cannot detect an earthquake after its seismic waves have passed through the Earth. It was observed that seismographs located at any distance within 105° from the epicentre, recorded the arrival of both P and S-waves. However, a zone between 105° and 145° from epicentre was identified as the shadow zone for both the types of waves.

(iv) Briefly explain the indirect sources of information of the interior of the earth other than those of seismic activity.

(i) What are the effects of propagation of earthquake waves on the rock mass through which they travel?

Answer: Intrusive forms are an igneous rock body that forms from crystallised magma under the Earth's surface. Some of the major intrusive volcanic forms are following:

Batholith is the largest intrusive form made by solidification of the molten lava within the earth. These are granitic bodies. Batholiths are the cooled portion of magma chambers.
Laccoliths are large dome-shaped intrusive bodies with a level base. The Karnataka plateau is spotted with domal hills of granite rocks.
Lopolith is a large igneous intrusion, which is lenticular in shape with a depressed central region. It develops into a saucer shape, concave to the sky body.
Phacolith is a pluton parallel to the bedding plane or foliation of folded country rock.
Sill is a tabular sheet intrusion that has intruded between older layers of sedimentary rock, beds of volcanic lava or tuff, or even along the direction of foliation in metamorphic rock.
Dike or dyke is a sheet of rock that formed in a fracture in a pre-existing rock body. 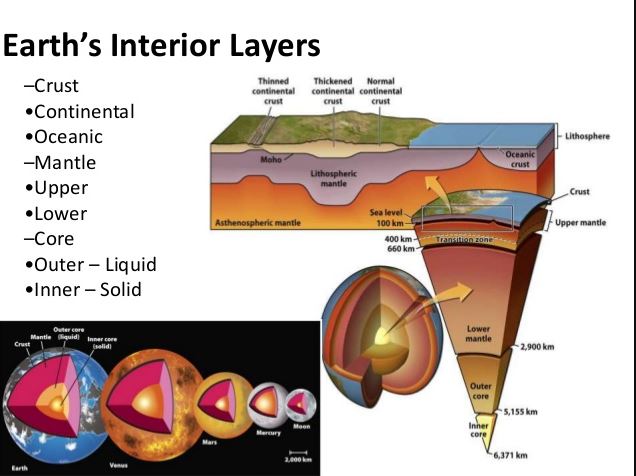