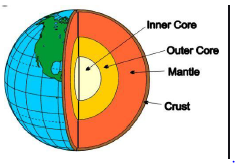 Question. Write down about the Mantle part of the earth.
Answer : Below the upper layers of earth is Mantle. It is 2900 km deep. It is also called SIMA because of its’ main elements Silicon and Magnesium.

Question. How can we avoid soil erosion?
Answer : 1. By planting new trees
2. By adopting better agricultural practices
3. By checking over grazing etc.

Question. What are the Sedimentary rocks? How many types are there of these rocks?
Answer : These rocks are formed by the hardening of the layers of the matter brought by agents of denudation (like water, air and river etc.).
There are three types of sedimentary rocks: -
1. Clastic
2. Chemical
3. Organic.

Question. What kind of mineral is Mica? For what purpose is it used?
Answer : Mica is a non-metallic mineral. It is used in making electric goods. It is also used in making lamps, paints, radars, rubber, paper, aeroplanes etc.

Question. Write down the importance of the soil on the earth.
Answer : Fertile soil has always been very important for human civilizations. The fertile soils of Indus, Nile etc. led to the development of the civilizations. Even today high density of population is found in fertile river valleys and plains. 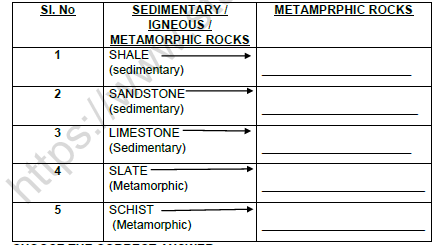 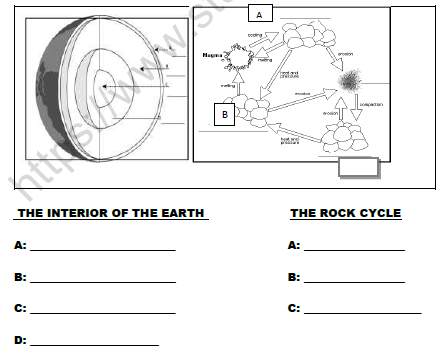 Download Free printable worksheets for Class 7 Social Science designed by expert teachers for all important chapters and topics and is available for free...
More..

Download free Printable Worksheets, test papers with questions and answers for Class 7 Social Science for all important topics and chapters as per CBSE, NCERT...
More..