CBSE Class 7 Science The Structure of the Atom MCQs. Multiple choice questions have become an integral part of the CBSE examination system. Almost all exams have a section for MCQs. Students are advised to refer to the attached MCQ database and practise them regularly. This will help them to identify their weak areas and will help them to score better in examination. Parents should download and give the MCQs to their children for practice.

4. The shell which has two electrons is
(A) first shell (B) second shell (C) third shell (D) fourth shell

7. The distribution of _____ in various orbits of an atom is called electronic configuration of element
(A) neutrons (B) protons (C) electrons (D) all of these

13. Noble gases do not react with other elements to form compounds because
(A) they are unstable (B) they are gases (C) they are stable (D) they are already compounds

15. The valency of an element is its
(A) electronic configuration (B) combining capacity (C) atomic number (D) mass number 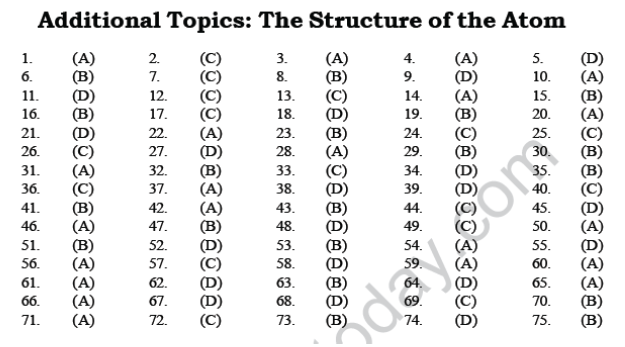