Class 12 Biology students should refer to the following concepts and notes for Molecular Basis Of Inheritance Study Guide in standard 12. These exam notes for Grade 12 Biology will be very useful for upcoming class tests and examinations and help you to score good marks 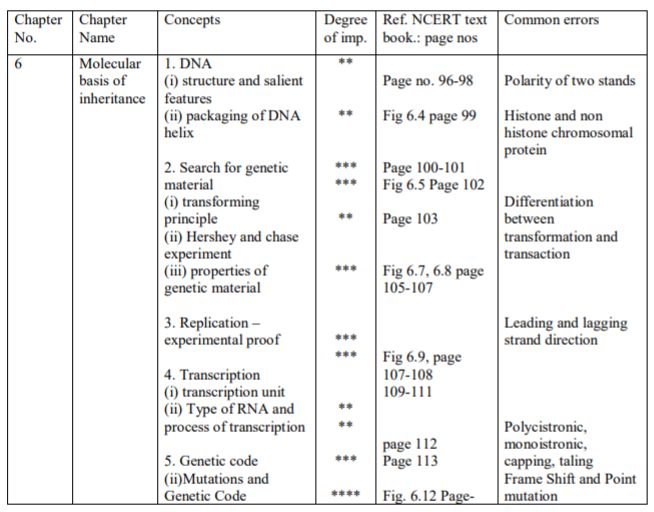 ANTICODON :- The sequence of nitrogenous bases on RNA that is complementary to the codon for particular amino acid.

BACTERIOPHAGE :- A virus that infects a bacterium.

CODON :- It is a sequence of three nitrogenous bases on m-RNA that code for a particular amino acid.

CONSTITUTIVE GENES :- Constitutive genes are those genes which are constantly expressed & whose products are continuously needed for cellular activity.

DNA POLYMORPHORISM :- Refers to the variations at genetic level where an inheritable mutation is observed in a population in a frequency greater than 0.01.

EXON :- The regions of a gene which become part of m-RNA & code for the different regions of proteins.

FRAME SHIFT MUTATION :- A type of mutation where addition or deletion of one or two bases changes the reading frame from the site of mutation, resulting in a protein with a different set of amino acids.

GENE :- Segment of DNA that code for RNA/functional unit of heredity.

INTRONS :- The regions of a gene which do not form part of m-RNA and are removed.

OPERON :- All the genes controlling a metabolic process constitute an operon.

ORIGIN OF REPLICATION :- It is the definite region of DNA where replication originates starts.

REPLICATION FORK :- The Y- shaped structure formed when the double standard DNA is unwound up to a point during its replication.

SATELLITE DNA :- The repetitive DNA sequences which do not code for any protein, but form a large portion of human genome; and show high degree of polymorphorism.

SILENT MUTATION :- Mutation which do not cause any change in protein.

SPLICING :- The process in eukaryotic genes by which the introns are removed are the  exons are joined together to form m-RNA.

TRANSCRIPTION :- It is the process of formation of RNA from DNA.

TRANSFORMATION :- It is the phenomenon by which the DNA isolated from one type of cell, when introduced into another type is able to bestow some of the properties of the former
to later.
TRANSLATION :- It is the process of polymerization of amino acids to form a polypeptide dictated by mRNA. 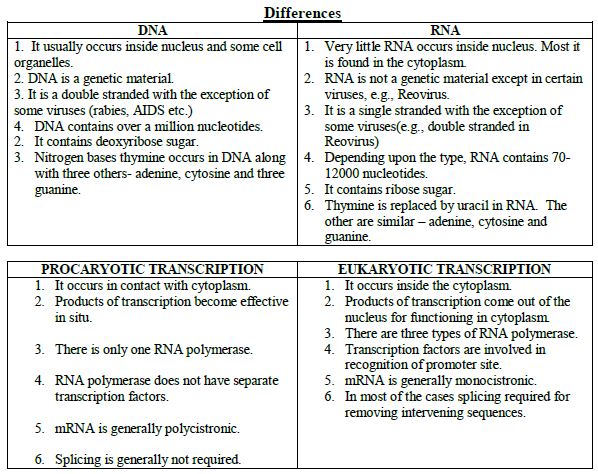 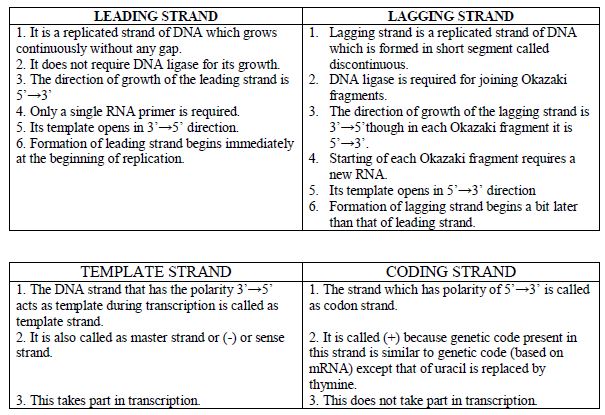